On my way out to the running trail after an overnight shift down in Pittsburgh I passed countless roadkill animals, the same as every day – raccoons, opossums, deer, birds and dozens of others no doubt who had pulled themselves off in the bushes to die. Nearing my trailhead, I spotted one more, a mashed reptilian lump in the opposite lane. A truck raced past, straddling it as I pulled off onto the gravel and opened the rear hatch of my car.

It wasn’t good. He was dead to rights, helpless and immobile, stuck to the asphalt in a pool of congealed blood. But he wasn’t dead. He seemed to look around as I approached, though his eyes never opened. This was an eastern box turtle, or what was left of one.

Even as I lifted him, trying to support all the pieces, I assumed that this one wasn’t going to make it. I just couldn’t stand the thought of him living on, stuck to the pavement as the sun began to bake and the crows moved in. If he was going to die, he’d go as comfortably as possible with someone looking after him. Then too, maybe there was just a little hope. They’re such resilient creatures.

And maybe it was the last box turtle that had saved this one. I’d stopped for it on a road a few years ago. It had been hit, had a cracked shell and a damaged foreleg. I was in a hurry so I simply placed it out of traffic in the bushes. And I’d gone on feeling like I could have done more.

Maybe too it was true empathy. I’d been a crumpled lump in a pool of blood once on the side of a highway and people had taken care of me. The assumption then had been that I’d never live but good people had just given it their best shot.

At home, I looked my new turtle over, though it was painful just to look. Three major cracks to the front third of the carapace, dividing off two fragments and no sign of a third piece that should have covered the gently rising and falling diaphragm within. Then a less obvious and longer jagged crack became apparent lower down. Both shell bridges seemed cracked and looking very closely, his beak also bore a fine crack. How his head hadn’t been crushed, I’ll never understand.

I acquired things that would be helpful such as butterfly sutures, the right disinfectant for a turtle, and special large, high-durability band aids. I’m not known to be a detail-oriented person so anyone watching what I did over the next hour would have been shocked. Throughout the process of patching and disinfecting, he remained little responsive, like he had no effort left to give. He could just maybe tell that I wasn’t a raccoon or crow.

I made a simple little bit of habitat for him with a produce tray and vegetation from where I’d found him. There was a shallow water tray placed immediately in front of him but I questioned whether he could even bend his neck enough to reach it.

Box turtles have adapted over hundreds of thousands of years to the North American hardwood and boreal forests. They’ve had only a hundred years or so to adapt to roads and cars and they’re simply not suited to this unique menace. “Turtle,” by the way, is a misnomer for these reptiles, as they are certainly tortoises, spending most of life out of the water. They like berries, slugs, grubs, mealworms, and much of the greenery growing close to the forest floor. They like warmth, sunny patches in the forest and high humidity. Unfortunately, like so many reptiles, they find the fast-warming asphalt attractive on a spring morning. This may be an especially bad time of year as the males, at least, are roving in search of mates.

When I squatted next to his box on day 2, he seemed to wave at me. He was flexing his front limbs as though trying to shovel or to propel himself. It seemed safe to assume he’d been doing this most of the night, yet he was in the same position. His legs could not be retracted but it was encouraging to see that he could move all 4 limbs plus head and tail. He was no doubt more active than on the first terrible day and I felt a surge of hope for the first time. Most of my mending had held up as well and I was beginning to concoct a plan to take care of the terrible rift between plates along the left carapace.

Still, he seemed oddly unable to open his eyes.

On the third day he seemed more sluggish again and certainly hadn’t eaten any of the fruit and vegetable turtle treats placed within easy reach. I’d managed to get just a little water into his mouth but there was no sign he’d drunk from the dish. I was worried as I went out for a bit.

Returning home, I set his box up on the table in front of me for observation. Since I’d brought him home, he’d never been so unresponsive. I wanted him to just make a little movement but he wouldn’t.

This morning I walked down a quiet wooded trail carrying my old army entrenching tool and a little cardboard box. I walked through the dappled light down into the floodplain of a little clean brook among the May apples. I lay on the moss to see it from his perspective for a bit. I saw an easy slope down the bank, a shallow riffle and an easy way up on the other side. There was a few yards of trees and sparse undergrowth and then the road. 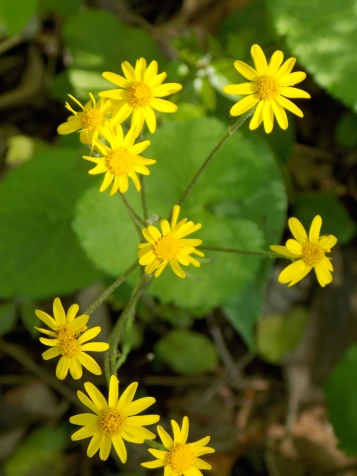 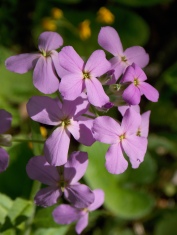 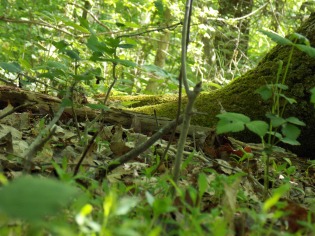 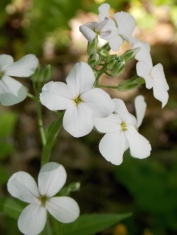 I think that people who know me might describe me as cold and uncaring at times, simply because I feel almost nothing for people. I don’t cry when people die so I wondered why there were tears now over a reptile I’d known for less than 3 days. It’s not normal, I know.

So I had to go back to my first hope, that maybe I could just give him a more comfortable passing. And finally, I could bring him back to the loamy soil he’d made his home so many years earlier. It was a very good place, it was where I’d want to live if I were a box turtle and I hoped that, somehow, he’d appreciate being buried back in his special place. 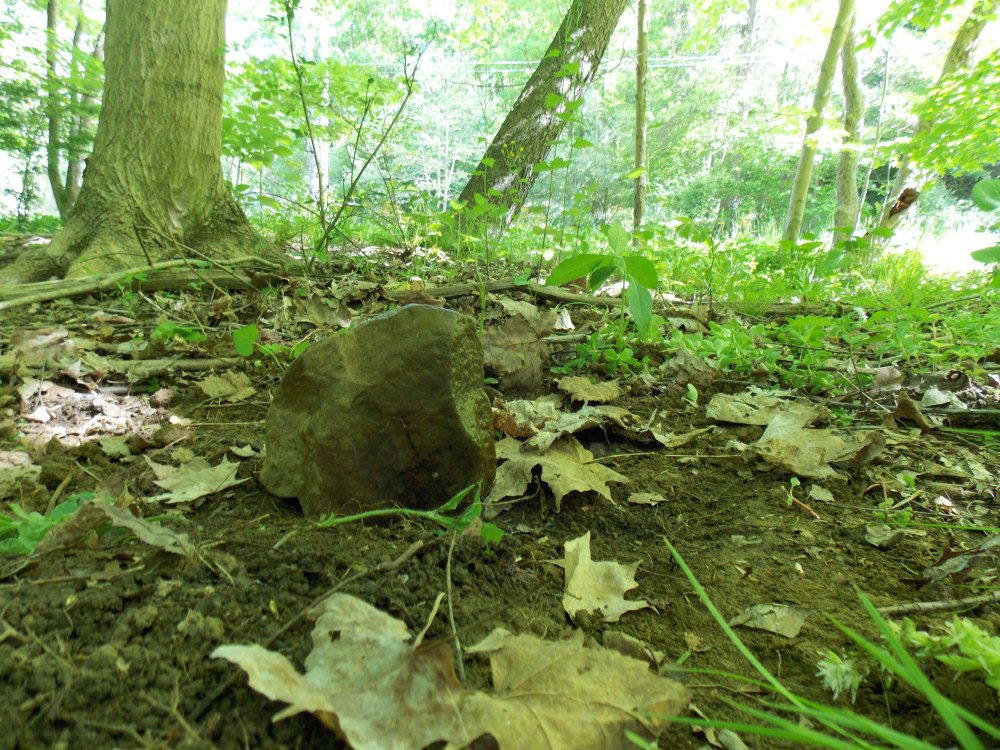 If there’s any purpose in all this, it’s a reminder to watch for the notoriously slow and sometimes helpless tortoises and also a reminder that you can make a difference. If you like to speed along the back roads of Pennsylvania, it’s clear that you’ve never spent 3 days trying to keep a mangled box turtle alive. If you hit turtles and don’t stop, you should think a little more about the lives of these resilient creatures. And if you enjoy trying to run over turtles, you should pray we never meet.