Those of you who’ve followed me for a while have run into the term “libertarian environmentalism” once or twice. It’s a school of thought you may not have encountered anywhere before, maybe because I invented it. Well, I’d like to think I invented it but I’ve been learning about others championing this same cause since I finished writing The Dying Fish.

But there is an emerging third way, libertarians being famous for “third ways.” And I don’t want to speak for the libertarian party here or even for other libertarians. This is just how my thinking has evolved. And, to me, the libertarian environmental model just begins with a way of looking at the biosphere, an unusually open-minded way of looking at our world. I don’t begin by looking for a litany of human-induced problems and move quickly to collective solutions. First, I see a dynamic planet on which the greatest constant is change. A more philosophical question that follows quickly is, “what is our place in that change?”, and a more epistemological question, “Can we know this?”

Bringing it all back to earth, I see both renewal and degradation when I look at the environment, some human-induced, some relating to long earth cycles, and some to both. I’m not quick to make assumptions about the good or evil of how we affect the planet. How many new problems will potentially be spun off by the solutions we rush to, often for reasons rooted in human foibles far removed from science? Can it all be calculated? 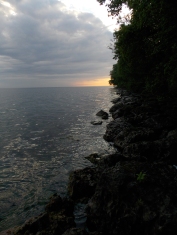 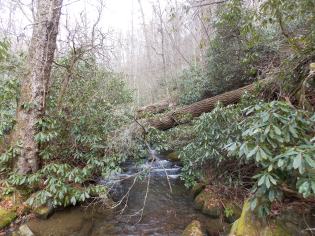 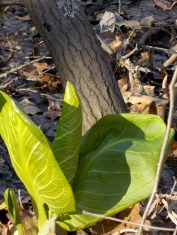 Organisms evolve, biomes evolve and the planet evolves. Can’t our conception of the environment evolve as well?

But what does it all mean in practical terms? How can all this help repair our broken planet? Well, immediately, I’d say that “broken planet” is a step too far. There’s much to celebrate. Here on our own continent, the environment is, on balance, healthier than it was a century ago though you’d never know it from our schools and media.

Beyond this, I’m beginning to engage with some cutting-edge thinkers who do want to bring about on-the-ground change for the better without more bureaucratic oversight, more taxes or more regulation. Mainly these plans have to do with coupling environmental renewal to the engine of the free market, on large and much finer scales. That’s about as far as I’d like to go for today but all this is to say that I believe we can have great vibrant forests and waters, and preserve our liberty as well.

What do you think?