Where I live right now, while I’m not in the woods, is a paved place in general. There’s a lot of asphalt. McKnight road, one of the major high-speed and high noise conduits of Pittsburgh’s North Hills passes within sight, it’s roar permeating all till long after dark. Businesses have proliferated here and I can only imagine that this is all a casual motorist sees as they zip through the neighborhood, intent on arriving on time at work today, making the dentist’s appointment or picking up the kids after soccer. Little would they know that a paleo-forager lurks just within the tree line. 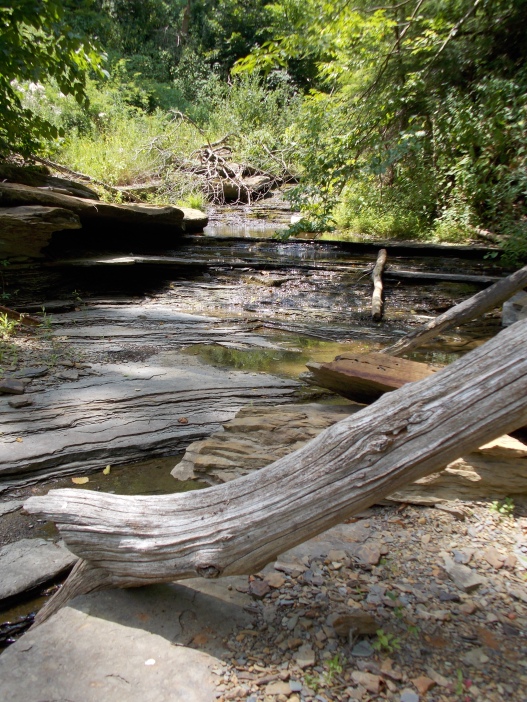 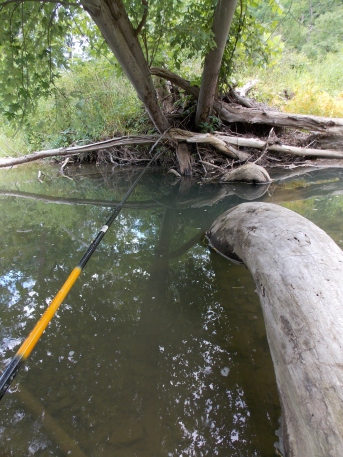 With new eyes, one can see Pittsburgh’s North Hills suburbs in another light entirely. The eyes required are those of an opportunist, a woodsman or naturalist. If you were to sleep on one of the ever-present forested hillsides and wake around dawn in October’s perfect crisp (and bug-free) sleeping weather, you might also awaken to all nature’s offering here among the prevalent humanoid denizens. You’d see the things that weren’t intended to be, the things that arose organically here just because they’re irrepressible. And with these new eyes, you just might pick out something to eat.

It’s October now, an annual peak of the foraging season, which works out well for all animals as the four snowy months are in the offing. Yesterday I walked out the back door, down into the stream bed and searched until I found a few sparse horseradish. I dug into the loam with my fingers, feeling out the deep tap roots and pulling the whole gnarly starch store out into the light of day. A quick rinse in the stream and it was in the bucket. Looking across the stream, I realize that I need to cut in a new trail to further my exploration of this region. The cold water reminds me of my findings here last winter: this tributary of Pine Creek is predominately spring-fed and full of native sculpins and darters. I wonder if brook trout could take hold?

Mushrooms are also at a seasonal peak here in the North Hills and I spent a week recently eating a single giant puffball. I’m sure the gargantuan “chicken of the forest” mushrooms are out there this fall, I just haven’t found them yet. Some might say that my sampling of wild mushrooms explains why I can see things others don’t.

Near my house, Pine Creek is little visited and it’s easy for a wader to drop below the sight-line of houses and thoroughfares but late last week I ventured into the most industrial segment of Pine Creek, much lower and closer to the Allegheny River. Thousands of commuters pass by here daily (or are stranded here in unmoving traffic) and there’s probably nothing to attract the attention of most toward what seems like a deeper-than-average ditch between other roads and buildings. Retention walls keep the stream in it’s place here and gaping holes in the walls remind one that, in the North Hills, everything washes into Pine Creek. 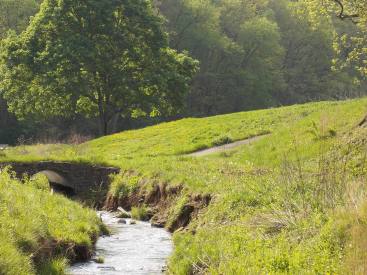 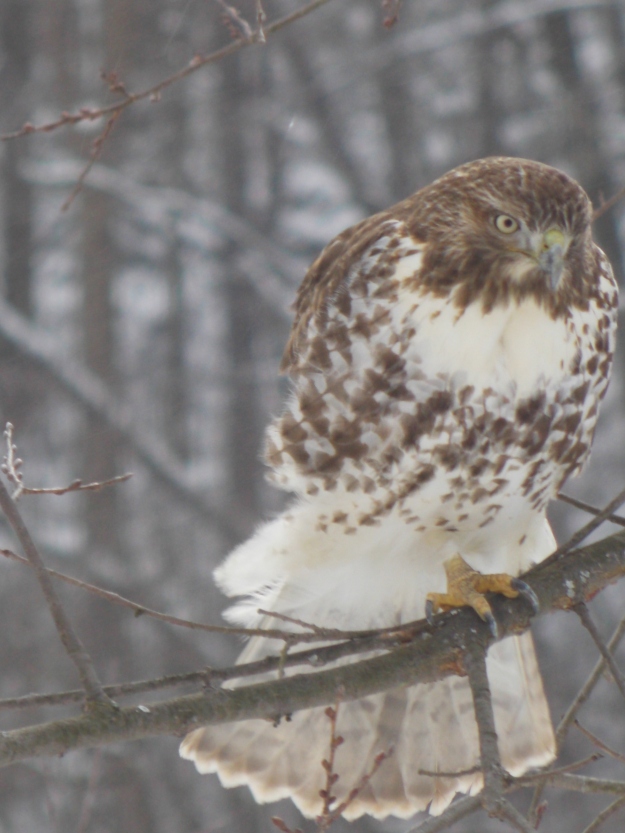 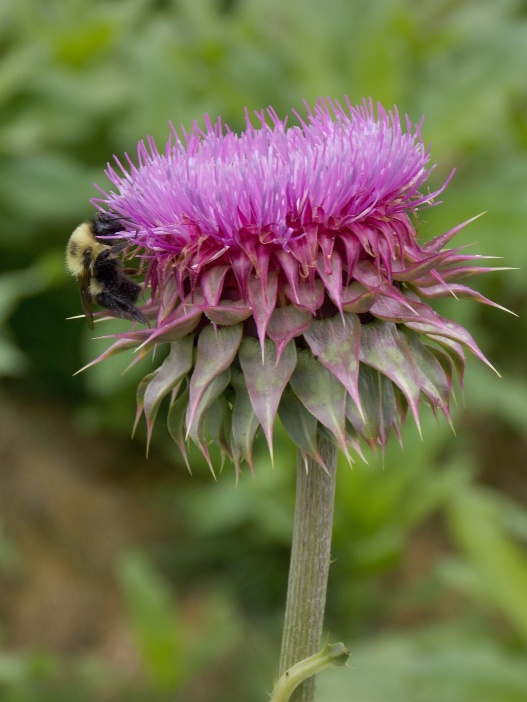 But here’s the thing: Pine Creek empties into the Allegheny River just downstream a bit. Large and good-to-eat fish such as walleye are found in this major river and at times they’re tempted to brave the tepid currents of Pine Creek. They spawn here in late winter and they seek food here, well, I’m not sure exactly when, but I’m in process of finding out. This was the wading mission of late last week: simply to pass through this section and reconnoiter before I attempt it in the middle of the night, when the walleye roam the suburbs. I want to make a project late this upcoming winter of fishing below the one dam blocking their upstream passage, simply to release them on the upstream side to continue the many winding miles up toward where I live, high in the watershed.

Tomorrow I might sit on a wooded hillside with my tiny wood-burning stove smoking at my feet, a harbinger of good coffee. I might check the minnow trap that sometimes waits in the stream just down the hill a bit. I’ll likely sleep out on the leaves tonight and wake to dew or frost, but at any rate, I’ll start my day right. And all this, yes, right here in the ‘burbs.

Going to a Fish and Boat Commission stocked trout lake for an afternoon’s recreation is something anyone of any mindset can do. Finding wilder opportunities requires us to see the world around us with new eyes and new priorities. One might come to notice also that there’s really less pavement than there is forest and flowage and stepping off of the pavement is probably the best first step towards wider horizons.