Many of us were suspicious of global warming theory from the time we became aware of it, likely around 1990 for most of us. People on the political left would suggest that our misapprehensions were due to our blind faith in America and the free market, or just our fear of strange new theories. On the right, we saw the early climate warnings arise from the same figures who had always railed against the American way and for socialism and we were, justifiably, skeptical. 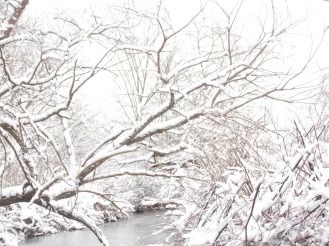 Socialism is suddenly no longer a dirty word. I would hope that anyone reading this has taken the time to educate themselves on what socialism is and its history – we have a hundred year + track record to study across many nations. And hopefully, you haven’t accepted a few Bernie Sanders sound bites as your “education.” In an utterly socialized society, government controls capital and the means of production, consistent with the theories of Karl Marx. But socialism in the modern world is much more nuanced or graded, meaning a tendency toward more or less government control over individuals, their properties and their businesses. Within the United States, we encounter a full spectrum of opinions on socialism’s efficacy from those who welcome full socialism for its professed ability to equalize to those who don’t trust the government with anything outside of precisely enumerated confines (libertarians, like me).

It was amazing and should have been thought provoking, to observe the rapidity with which climate change, an ostensible issue of atmospheric earth science, became politically polarized. Almost immediately, those on the right were labeled as Luddites for their hesitance. The left was accused of a vast power grab by talk radio personalities, the last bastion of right-wing media pre-internet. The news media and public schools (the great American statist instruments of propaganda) were immediately wedded to the most dire prognostications. To speak in terms of climate alarm or mitigation was political suicide to legislators on the right. 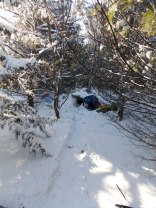 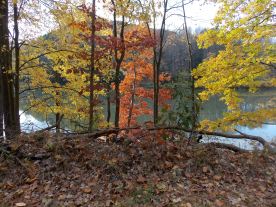 Here, we largely ossified, both sides entrenched in their positions. How much of the political polarization we experience today is actually directly attributable to the bifurcation our people along the lines of climate beliefs? And I think that this became not two oppositional encampments of science but two encampments of humans, doing what humans do: forming tribes and warring. And there’s nothing inherently wrong with tribalism and warring; our species has always done this. Let’s just not try to say it’s all about science when most of our thinking on it has to do with making war effectively.

In the recently proposed “Green New Deal,” the curtain falls away from the Octobrists behind the scenes. There’s no more pretending now, no more “long game.” We must remake the world now to save humanity from humans – we the enlightened must step forward, take the reigns of power and establish social justice, equality and happiness as law! Oh, and the environment – we’ll legislate a perfect earth too that was just the way it was in 1990, or maybe 1900, or maybe before European men got here. So hard to remember which of these times represents our perfect earth, the way it should be. Oh well, maybe we’ll just strive to get earth back to 20,000 BC when not humans but glaciers ruled – what a joyous happy age of misery, but equal misery, for all! 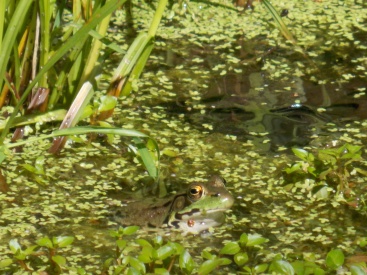 We know that what we commonly see in mainstream media on climate change is propaganda. The very best evidence of this is the simple fact that we never see discussion of good things that will happen to humanity if the earth warms. Certainly, there are things we would find desirable or new opportunities would be created. But the line we’re fed is one of near universal doom and coverage of all those things we most fear.

There’s a reason (actually many of them) that people like me resist socialism, whatever its grand promises in respect to the environment and all else. It’s because socialism isn’t best envisioned as an alternative societal construct or a lasting emplacement. Socialism is a force, a way of governing that never sits still, that attempts, on a whim, to make the world anew each day. For those who govern it’s ideal – the power is in your hands to make your grandest schemes reality. But for the rest of us, our effort to make something better of what is our own will be frustrated endlessly as the state invents better plans for our money our property and our persons. Edmund Burke was already warning us about the machinations of the climate cabal before 1800 – it’s worm many masks between then and now.

For those of us who are creative, who are “idea people,” we should be incredibly worried. People who want to achieve more than average, who have deviant (in the very best sense) schemes, or who simply don’t want to blend with the crowd soon have little room to distinguish themselves. We have a clear record on this stuff from the Soviet Union, from China and Venezuela. 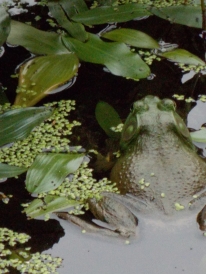 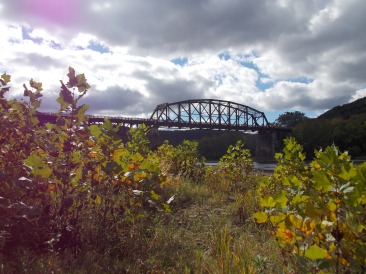 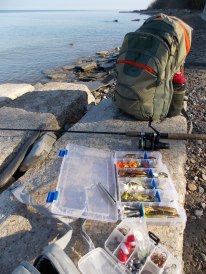 I’ve tried, over the last 20 years or so, to look at climate change from an ecological perspective. I wonder how changing climate will affect brook trout and the expanding forests of the United States. I love the environment and living things – this is natural for me. I’ve written a good deal on the problems of prevailing climate theory from the perspective of the biome. But this is the wrong lens through which to view the political uprising that brought the cause of climate to our collective attention, I’m increasingly convinced.