When I was 14, my family moved from the wilds of western Maine to the very metropolitan Cortland, New York. If you’re an outdoorsman or fisherman, you might think that this was a big step in the wrong direction (in some ways it was) but I didn’t see it that way. Maine had offered just a few species of fish and it had become predictable in certain ways. New York would offer dozens of new fishes, I could tell from my favorite fish book. New opportunities abounded. 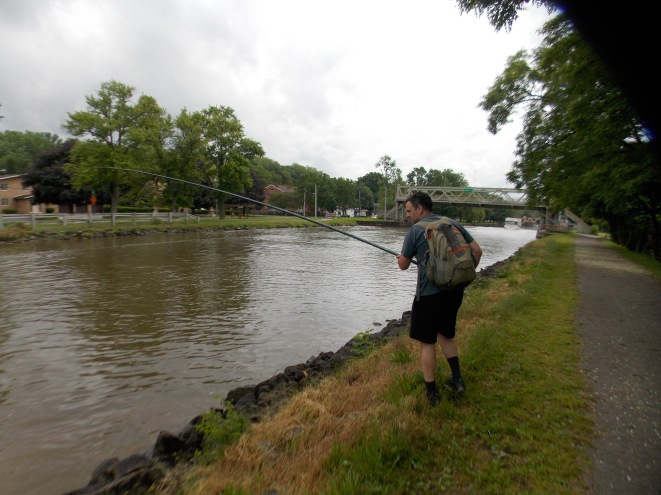 I ran into a beautiful golden, hard-fighting behemoth of a fish first in the river that ran through town – the carp! My first one weighed approximately 10 times as much as the largest brook trout I’d ever taken in Maine. It was still February so opportunities were still limited, at least to someone unfamiliar with the central NY scene.

In March I noticed the ditch along a road through a congested residential neighborhood near downtown. This ditch was flowing well, ushering snowmelt from folks’ backyards to the Tioghnioga River. I knew that there were fish in the Tioghnioga and I suspected some of those fish liked to run upstream in the spring. Needless to say, one evening later in the week I was poised on the sidewalk, trusty spinning rod and Mitchell reel in hand, dropping worms into the unlikely trout stream. I think it took less than a minute to get a distinct peck as the bait drifted out of sight along an undercut bank. The next cast produced my first rainbow trout. Minutes later, a lordly brown trout was dragged up onto the bank – all hulking 12 inches of him! It was one of the most productive ditches I would ever fish but certainly not the only ditch I’d fish in the years ahead. 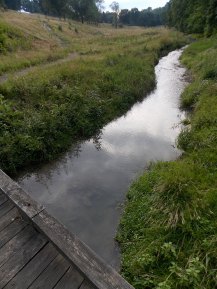 Yesterday evening I fished with a guy named Rich on a little-known tributary of the Allegheny River. I think it’s the type of place that hundreds or thousands of people drive over daily without a second thought. It lacked the dangling lures and bobbers that flag the recognized honey holes of western Pennsylvania. I’d hardly touched this stream before and Rich hadn’t heard of it.

Right away though, the tepid flow began to impress us. We noticed deep, aqua pools in the clay substrate mostly at the bases of old sycamore trees or below log jams. We each took a smallmouth quickly. We observed larger fish that weren’t interested in our lures. Our lures were chased in by fingerling bronzebacks that must have been born there in the stream. My few seine passes revealed dace, darters, helgramites, mayflies and other benthic things of interest.

This would have been an easy spot to fly past at high speed on the way to a well-known dam or stocked pond maybe. But the fish are wild things and wild things find opportunities everywhere. The stream we fished joined the Allegheny River a half mile or so below where we fished and so a myriad of potential emigrees might have found there way up on recent nights into the aqua pools under the sycamore roots. And this is what keeps all my fishing interesting, year after year – wild fish using all the places.

Some more on why I love to fish. 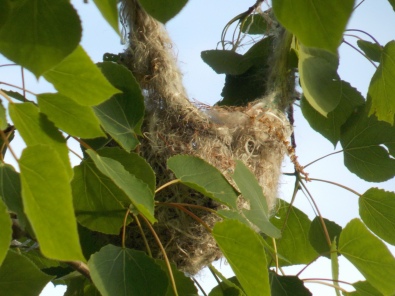