At the close of the Eighteenth Century, the nation of France went through decades of violent upheaval that we generally remember as the French Revolution. The old guard was no more and altruistic fellows like Monsieur Robes Pierre grasped the reigns of power.

Change was in the air and a distinctly French vein of liberty would be enforced by pike and guillotine. Old ways were done away with including even the rather long-standing Julian calendar, a needless reminder of foolish traditions that had held sway over the country like the Ancien Regime itself. The new 12 month calendar would be based upon 12 seasons named for actual changes in nature itself, not with the fabrications of man.

I can’t say I sympathize greatly with the men who drove forward that revolution (for what little I know of them). I don’t care much for violent upheaval or power through threat of guillotine. But one has to give credit where it’s due and the revolutionary nature- based calendar was a winner.

If I were king of all the land, I too would institute my own calendar that all the land would be forcibly subscribed to, a calendar that would more accurately reflect the changes in the forest of Penn’s Woods or at least what I do in those woods through the changing seasons. In reality, I’ve fallen into kind of a pattern as the years have passed, a pattern of following what’s best in the Pennsylvania outdoors at different times of the year. For everything, there is a season. Here’s what my calendar would look like:

My year begins with Frigidore, the season of ice fishing – early winter. This is the season in which most of the lakes and ponds of western Pennsylvania are typically frozen and the season before oxygen depletion really slows the sub-ice bite. I like to ease my way onto the slick black ice surface when there’s about 3 inches of clear ice. These are often my most memorable days of the season. 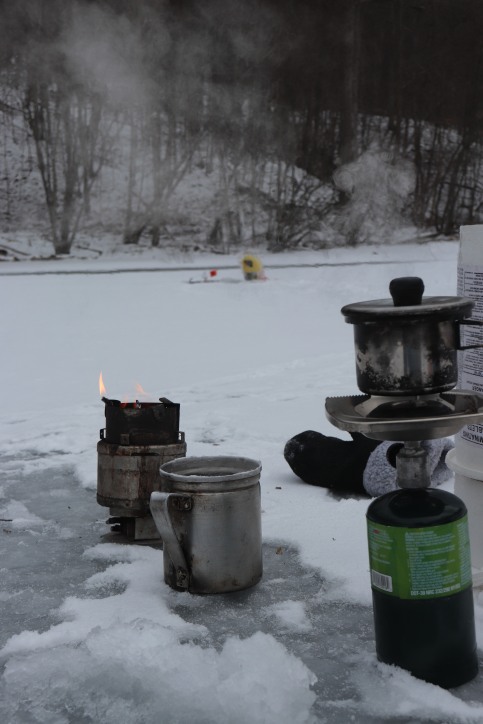 Fauxbug begins as soon as the ice fishing slows in quality and quantity. This is the season of fly-tying, the creation of fly fishing lures for the open water seasons ahead. Like the ice fishing season, this one hearkens from my youth – it began during the long Maine winters when Dad first showed me how to wrap fur and feathers to a hook shank. This season also offers a warm and comfortable respite from the biting cold one may have endured during the weeks of Frigidore.

Fauxbug melts away some time around snowmelt to Exploratore, the season of new drives and hikes of exploration. Though often muddy, there is a perfect window of a few weeks between  snow and ice and bugs and heat to get out and simply explore new places. The leaves are not out yet and one can see long distances through the forest, picking out features that might be desirable later for foraging, fishing or finding wildlife. 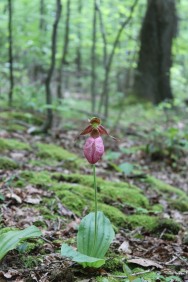 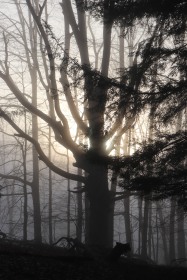 Kayax comes in like a lion and goes out like a lion. This is the floodwater season, a time to coast down the runs that will be boney trickles by mid-Catfish (we’ll get to it). Western Pennsylvania offers endless miles of fast water. 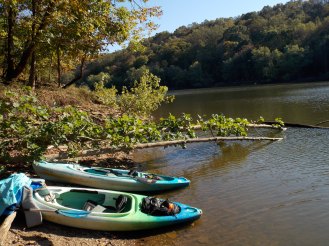 Salmonifest would be the next page of my seasonal calendar, a month-long celebration of trout of all kinds from the much-loved native brookies to the stocked rainbows and browns. Spring floods result in deep greenish runs and pools that offer the best trout fishing of the year. The wild trout are prized but some days the stocked fish are what’s within one’s reach. But don’t confuse the two while you’re on the water – these are two different games entirely. 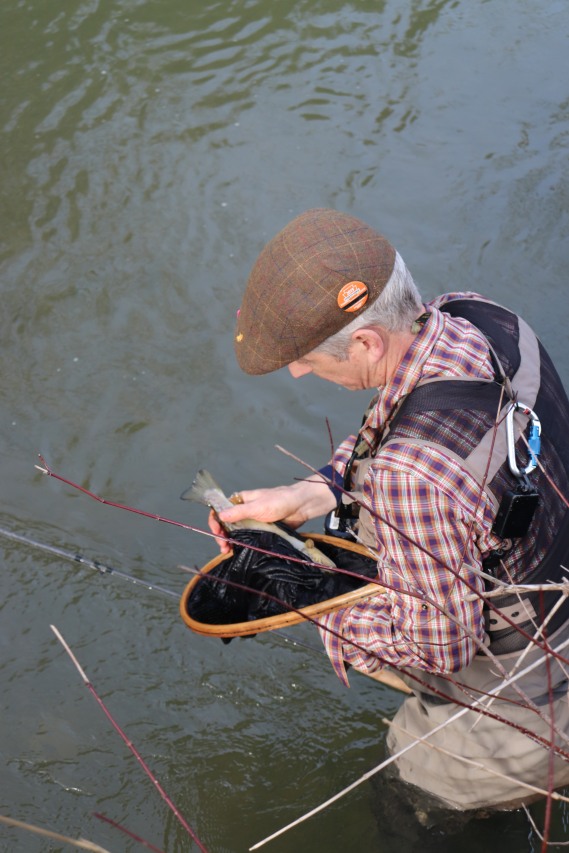 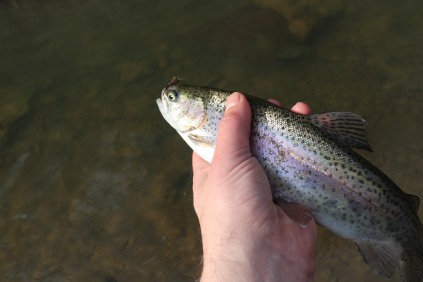 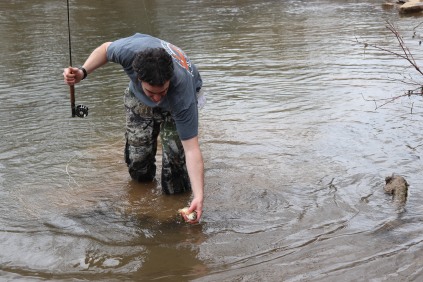 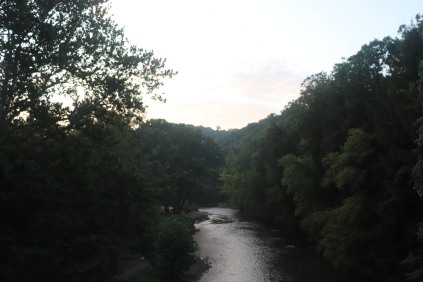 Athletaria would follow – the most vigorous season of the year – a time to push one’s trail running further than you’ve gone yet this year. The trails are hopefully a little more dry than they were in early spring but the heat of summer has not set in in earnest yet.

The season we know today as June would be supplanted by Catfish – a far more appropriate, if not euphonious, name for early summer. The channel cats are vigorous at this time and always hungry. Nights are great but days are often just as productive. It’s hard to find western Pennsylvania water that won’t produce catfish, during Catfish. 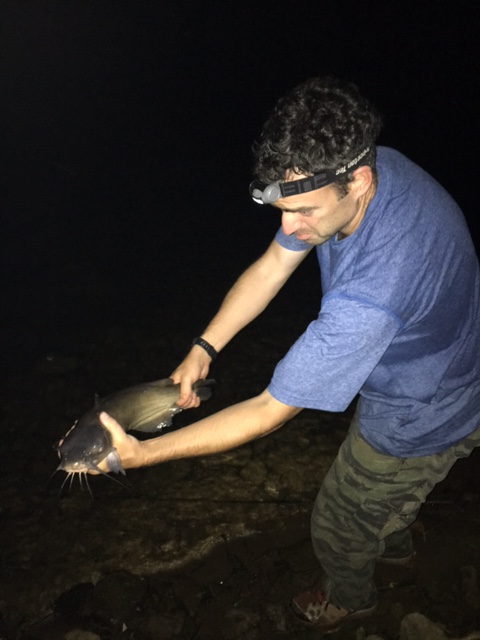 In mid-summer, the catfish are still biting but the calendar must roll on. And so, the month of Chanterelle is ushered in when tiny yellow blobs begin to punctuate the leaf litter of Pennsylvania’s hidden hollows. The chanterelle mushrooms are on the move, thrusting skyward, deforming into the elfin trumpets so prized by foragers and elves alike. 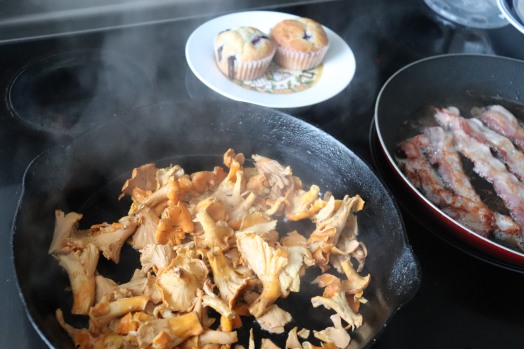 Lunis would fall in the dog days of summer, a time at which it’s better to do what you do outdoors at night, by moonlight, than sweat through the mid-day sun.

As the heat of summer begins to wane, Shroomin is upon us, bringing the reliable cornucopia of edible fungi to the Pennsylvania forest. Yellow chickens thrust forth from rotting logs, disfigured shrimp arrive by the hundred and soon the giant puffballs proliferate. It’s a time to fill bags and baskets with these bright gifts of the forager gods. 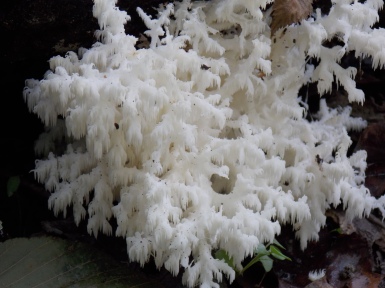 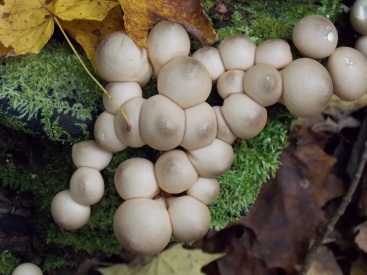 The autumnal cooling of the rivers ushers in Sanderketch, the time of catching walleye. It’s not to say that they can’t be caught throughout the year – this is just when I like to catch and harvest them. This is the season to go out before dark to river tributaries and wade – fish until they stop biting. 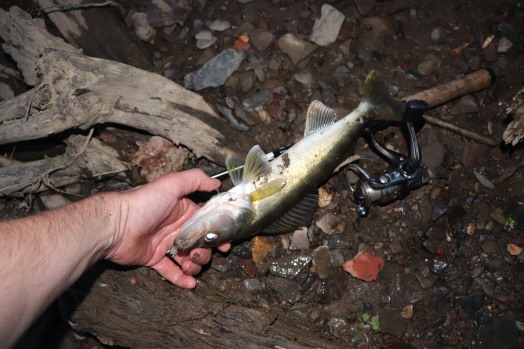 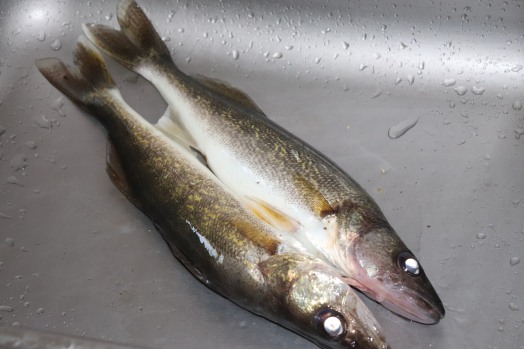 The year ends appropriately with Steelrun, a season dedicated to the pursuit of steelhead trout, a perennial western Pennsylvania favorite. Go ahead and join in the fracas among 10,000 of your best fishing buds or go it alone, stalking the often-ignored diminutive creeks. That’s what almost-winter is for.

I’d like to have a month here called Burbot as well but the freshwater codfish are known for missing appointments or not showing up entirely so I can’t quite see my way clear to giving them a month unless we really want a month devoted to disappointment.

And maybe that’s why we don’t rush to draw up grand new schemes – we’ll change and want to do new things in the years ahead (if we’re versatile and growing) and the calendar we’ve imposed just won’t fit anymore.

And maybe that’s also why we don’t elect supreme dictators with grand schemes. 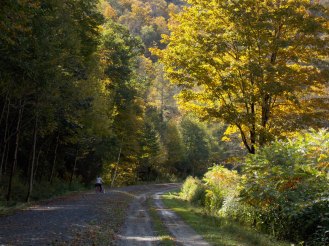 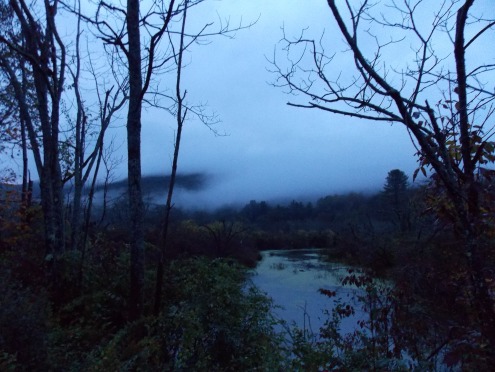 I live as much as possible off the beaten track, figuratively and literally. I spend time alone in the forest and on the streams with a camera, fishing rod, backpack, kayak, etc. My circuitous paths in life have brought me to the grand idea of libertarian ecology which I champion by all my meager means.
Loading Comments...
Comment
×
%d bloggers like this: