“You libtards need to go get jobs, grow up and quit whining about global warming!,” expressed one veteran Facebooker succinctly.

“Maybe you need to grow a brain, quit denying science and move out of Kentucky,” replied his equally irate interlocutor, hollering from just across the ideological rift and winding down a rapid–fire IM fusillade.

It had been a good debate, each side adhering to the high ground, conceding little and keeping their pride – the stuff for which social media was designed.  No observer though would say that science was much advanced nor that any of the creatures of our planet felt any immediate benefit from the lunch – hour bloviation. 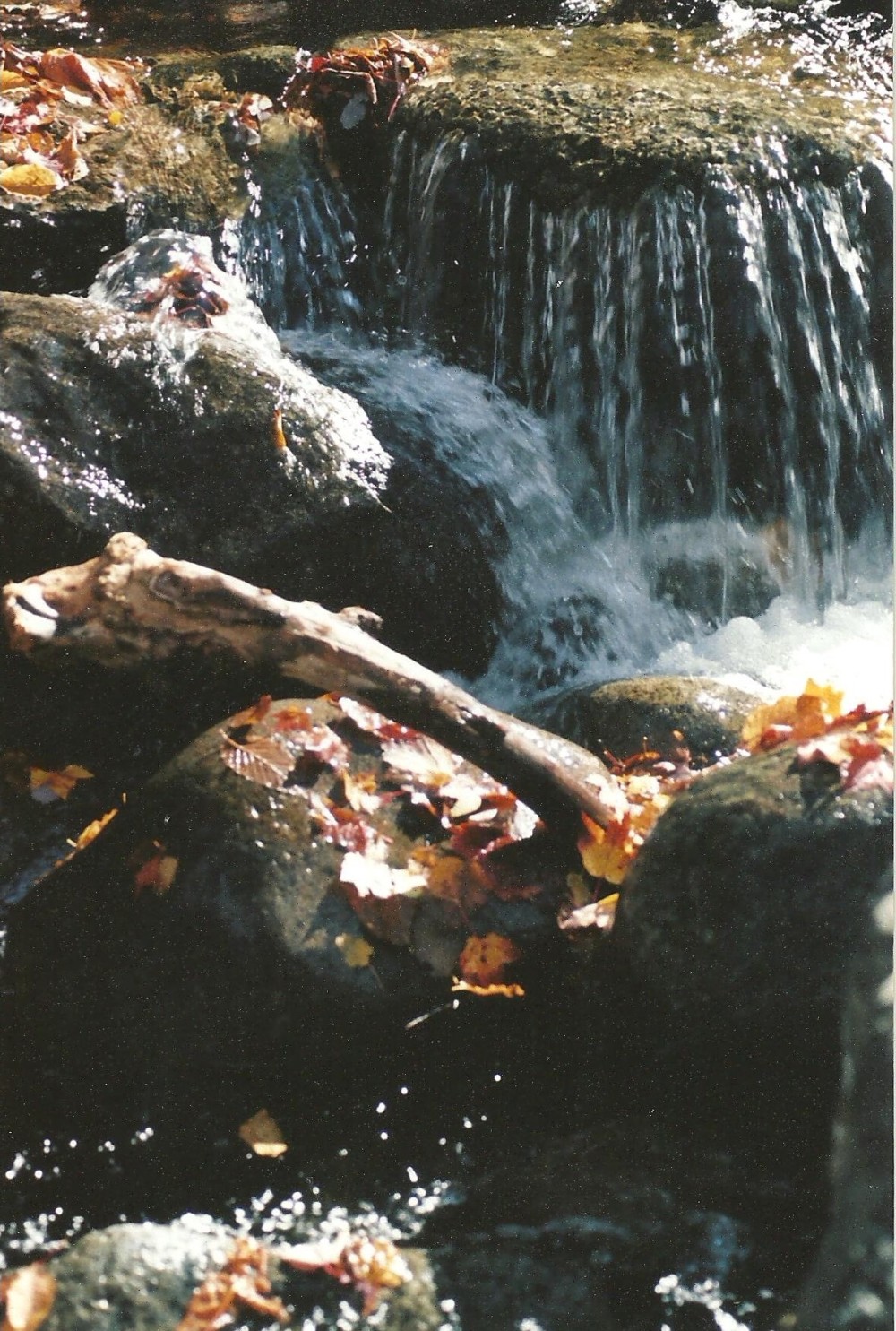 I like to read a lot about the wild things of the North American woods and waters, a fair amount about history and quite a bit on earth sciences. I’d actually never read a book on psychology  before recently purchasing Jonathan Haidt’s “The Righteous Mind.” Psychology had always seemed to me too uncertain, too fraught with infinite interpretations as compared to the harder sciences. But from the bits and pieces of commentary I’d seen on Haidt’s short work, it seemed that Haidt was seeing something in our modern political debates that others commonly are not. It also seemed that he’d put decades into the research leading to this work and so it didn’t appear to be just another ill-founded notion on how we think.

Among the essential premises of the work is Haidt’s analogy of the elephant and its rider. This pertains to the way we think about many things and here, the elephant represents our feelings about things and the rider is our rational self – explaining why the elephant is going where he’s going, but not really in control. In the real world, Haidt posits that the emotional elephants (intuitively) charge into arguments and our rational minds are then used mainly to rationalize and form arguments around what the elephant is going to go ahead and do anyway.

This work seems to me at least worth a mention because Haidt’s case fits well with the human world I see all around me, perhaps offering an explanation for many of the verbal fights that could be quickly written off as irrational or unfounded in any serious process.

The second major facet of the work though is equally interesting and deals with the deeply-rooted evolutionary adaptation of humans to split into teams or factions. And Haidt is not dismissive or condemning of this innate way of life – it’s apparently one of those things that allowed humans to rise to the top of the pile. But when our intuitive elephants run amok, it’s often when resisting or attacking the factions that are not like us – factions that don’t share in our own moral narratives. And once elephants start to charge, they’re notoriously difficult to get under control again.

So, what place does any of this have in a blog that’s traditionally been about wild places and conservation? Well, one of the places I see Haidt’s theory as profoundly relevant is in our debates on the environment. The book has helped to explain what I’ve observed as the debate swings back and forth on social media and elsewhere: The particular environmental issue at play seems to fall by the wayside as we hurl bromides and do battle between factions. Ad hominem attacks soon rule as we dismiss inconvenient facts and fail to appreciate the perspectives of those “across the aisle.” In The Righteous Mind, Haidt asserts something fundamental here: We are all self-righteous hypocrites. 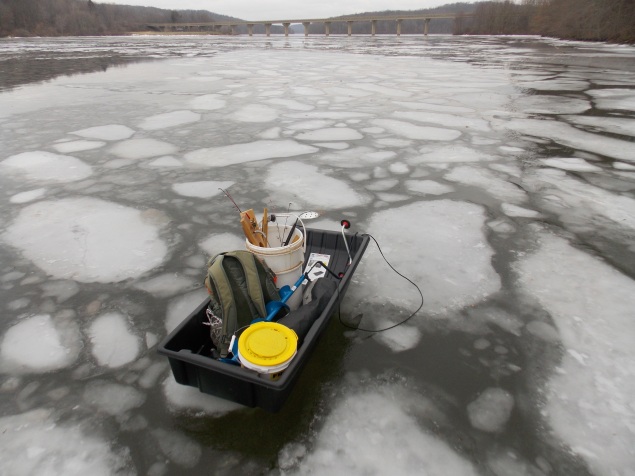 Check out The Righteous Mind on Amazon

It’s easy though to take a lofty position, look down on the “small minds” populating Facebook and say that you now understand how all those people think. What’s more difficult is to look at one’s self and recognize this same motivational system at work. And for me, I didn’t have to look far to see the elephant and rider.

Anyone who’s read me for a while knows that between 2007 and 2011 I walked through the whole eastern U.S. range of the brook trout and subsequently produced my work, The Dying Fish (A Sojourn to the Source). And I’ve written many times, including in the book itself, about how all that started but now I’m not sure I was ever completely honest. I’ve talked a good bit about the fact that I was unusually free at the time it all started and about recognizing what seemed like an environmentally dire situation for the brook trout at the time. But I think that my true motivations maybe had more to do with an elephant who’d been wandering off toward the woods for a long time, my irrational, innate self wanting to wander off onto the trails with a backpack. I just needed a crisis point in life to actuate this and then a cause, such as the trout to help rationalize what the elephant really wanted to do.

And I can admit to all that without detracting from all that played out over five of the most meaningful years of my life. The Eastern Brook Trout Solo Adventure was the best thing I’d ever done and I came to know the native trout in a way I could not have without walking the walk. And there came a point, about half way through the narrative, where I had to decide whether to say the things the environmentalist tribe was supposed to say or to go where the evidence really led. 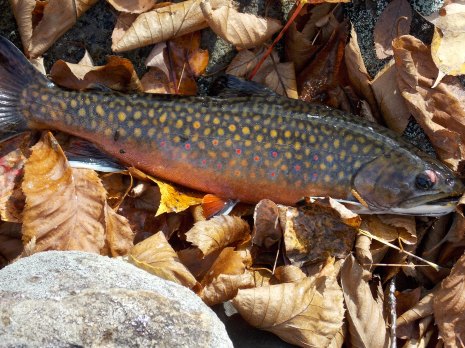 Sadly, I see environmental dialogue, such as it is, as less often a way to advance perspectives on ecology and the human role therein and more as one of the great political wedges between factions, between right and left. It goes without saying that folks on the right are likely to be rapidly dismissive or at least on guard once they suspect you’re an environmentalist. On the left, it’s common to regard those on the right as non-thinking on environmental matters and to allow condescension to dominate, claiming a monopoly on science. But neither of these perspectives have to do with finding what’s best for the earth, they have to do with defeating political opponents. And once we’re wedded to one side or another of particular big issues, such as global warming, it’s exceedingly difficult to abandon our team and to hear the other side, let alone change our own minds.

Perhaps at the behest of Dr. Haidt, I attended a meeting a couple of weeks ago of generally small, local environmental organizations here in Pittsburgh. Going into it, I knew, in general, what I was walking into: a conclave of people who see the environment and environmental solutions in a profoundly different way than I myself do. (Though it’s not difficult to find oppositional perspectives when you’re a libertarian environmentalist) It would have been easy to keep my distance, obtain whatever information I needed about these groups at a later time and move forward with my own agenda. But I felt that there might be something of value in simply mingling with these people, sharing a meal and even contributing.

And so, I found myself in an odd place for a few hours: ensconced in an inner-city setting, surrounded by vegans and anti-fracking activists, trying to see it all without preconceptions (to whatever extent that may be possible) and to get to know some of these people. And it did become easier to see these people as other humans, motivated by many of the same things that motivate me – not necessarily hateful or scheming but many genuinely wanting a healthier planet full of healthier people.

And that’s not the same thing as saying that I’ve become a convert. If I’ve become a convert to anything, it’s to listening. I’m still not likely to embrace solutions that place more money and power in the hands of bureaucrats. I’m not likely to start seeing the environment as an unending set of emergencies needing to be mitigated. I won’t wake up tomorrow a fan of central planning, in the environment or economy. But how can I hope to persuade anyone that mine is a better way if I haven’t first shown myself to be someone who can carry on mutually beneficial dialogue?

We have different starting places. This is a truism of humanity – something that can’t be undone. If we start differently, we’ll carry divergent perspectives through life (though not necessarily the same perspectives throughout life) – we’re likely to find an ideology that suits us early on and allow ourselves to be ported around on its elephantine back. And if it is true that we humans will continue to hold different fundamental perspectives, it seems we have a couple of options in society: 1) Beat the opposing viewpoints into submission so that ours can reign supreme   or…  2) Learn to listen and carry on dialogue, winning through persuasion if we hold a viewpoint worth advancing.

We do have time and space to work these things out. We live in a time of unprecedented comfort, security and prosperity. The only perspectives I’m dismissive of are the shrill doomsday cries of imminent environmental collapse. That sounds political to me, the kind of environmentalism that’s blind to the blossoming, cycling, churning, flourishing biome  – the kind of rallying cry that precedes a crusade against the enemy. There’s such enormous good happening in the environment all around us if we choose to see it. And there’s good to be found among all kinds of people too, if we choose to see that. 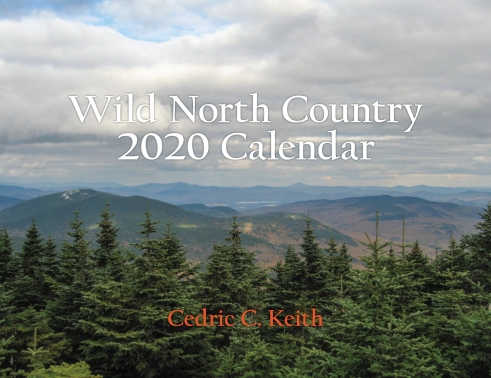 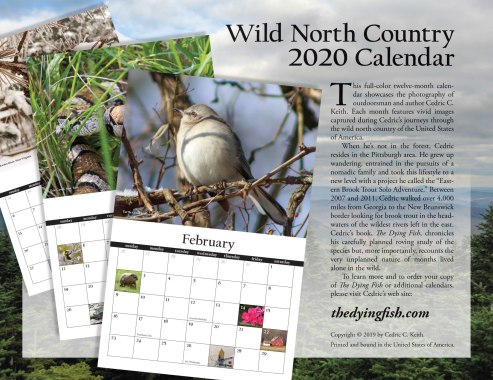