In 2009, I hiked across Pennsylvania as a part of the Eastern Brook Trout Solo Adventure, a tale that became “The Dying Fish,” my book on the resurgent eastern forest and all the fish who swim there. My findings in Pennsylvania, as with almost everywhere else, were findings of organic renewal on a grand scale; I couldn’t have imagined all the wild space within the borders of my home state before I’d walked through it.

When I arrived in Pennsylvania in 2000, I was generally unimpressed. I lived in the Pittsburgh suburbs and followed roads to the places I needed to go and looked around at what seemed like very restricted little patches of woods between houses. You see, I was spoiled having grown up in places like western Maine where I could roam at will through a limitless forest – this has always been my point of reference. Looking around at the Pennsylvania countryside, I felt I was seeing recently strip mined lands, recently felled forests and little impoundments meant to serve as official recreational fishing areas.

But my attitude has changed toward Penn’s Woods, beginning even before my 3 or 4 months of hiking through it. I’ve come to recognize that the hundred-year environmental trend is in the right direction for this patch of the great eastern forest, changing economics and attitudes on wild places having brought us closer to the grand primeval cathedral of firs and oaks than we’ve been in two centuries. The humus is building above the scars of early 20th century strip mining and the ridges are uniformly deep woods. The streams benefit from today’s ongoing nutrient enrichment, the piscine 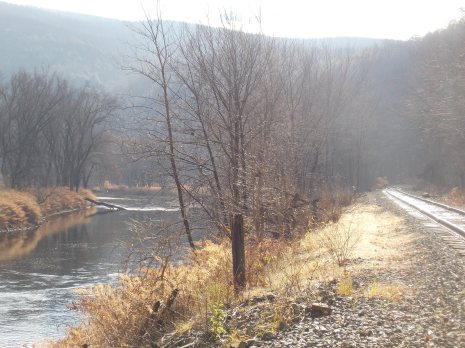 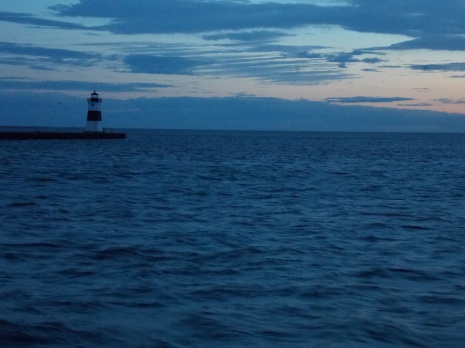 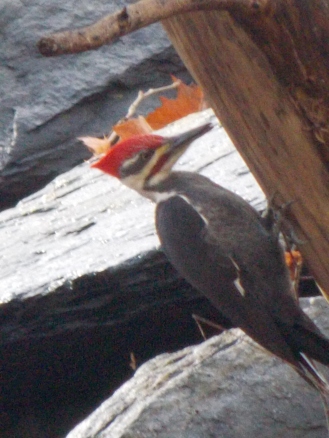 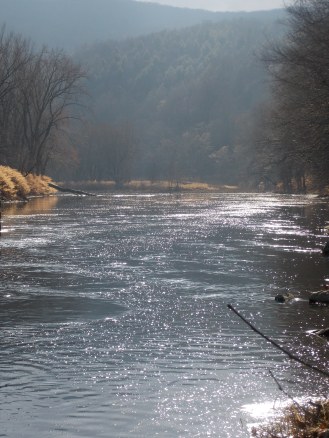 “carrying capacities” of our waters burgeoning.

I spent a couple of days earlier this week on a high-speed exploration of waters I’ve generally never seen in the state, casting into waters on the off chance that I’d be able to lure a strike or two in the frigid December flows. I happily landed a few beautiful fish but was in the end more impressed by the potential of Pennsylvania’s wild waters, a potential I’ve barely begun to tap after 17 years of angling here in the Keystone State. The more I explore, the more I realize still needs to be explored. I fished two streams, drove a hundred miles to my next one and realized I’d probably just crossed another hundred brooks I’ve never so much as wet a line in.

3 thoughts on “The Breadth of the Wild Woods”