Can we at least agree that the March for Science was a political demonstration? If you saw any footage or read any of the press coverage, we really ought to be able to agree on this, at least.

So, when science becomes a political position, it’s difficult to stand in opposition to it, lest we be numbered among the Luddites. We don’t want to be like the Trump supporters of the deep bayou, so favored by CNN who have difficulty articulating a cogent thought (at least in CNN’s cut) let alone defending their position for God, guns and crawfish. We must join with science or accept our place among the knuckle-dragging Neanderthal types.

The March for Science has grabbed my attention like no other recent protest on the right or left. This protest uniquely cuts to the heart of our familiar right / left paradigm. The cause seems loftier, the stakes higher, the outcome of greater import. The proponents, including virtually our whole media and educational edifice, tout this as something new, a new vision of science-ocracy for a new day; but so did Henri de Saint-Simon a couple of hundred years ago.

And here’s where I try to compress much about the history of Classical Liberalism and Socialism into a neat little blog post:

Around 1800, the United States had just become the world’s standard-bearer for the ideas of liberalism; that is, the placing of liberty at the apex, above all other political values. Private property and its disposition was also among the highest priorities, as one of the greatest tangible manifestations of liberty. Simply put, all the theory since at least Locke, pointed to the idea that people are at their best when they can direct their own lives, when they are free to fail and to seek opportunity in the infinitely dynamic world around themselves, so long as they do not impede others from enjoyment of the same rights. Government would retain legitimacy in so much as it’s purpose remained protection of liberty.

Also around the turn of the 18th century, men like Henri de Saint-Simon began to advance, embrace and defend a competing ideology, one born of science and the nascent industrial revolution. This idea likened the workings of humanity to that of a grand machine, one who’s gears could be tightened, needed regular oiling and monitoring for optimal productivity. In fact, a whole new science would be needed, a sociology, to better understand and manipulate the grand societal machine. Humans, by this reckoning, would be best served by optimal efficiency, all submitting and all contributing to the common good. Marx and Engels wold elaborate on Saint Simon’s master plan.

It seems far-fetched to associate yesterday’s marchers with the near-forgotten Saint Simonianism but what is it that was being cried out for? Was it more acceptance of science or perhaps more widespread teaching of the scientific method? Funding? Well, that’s not really how I read the picket signs. What I saw was something closer to a political movement who would like to see us ruled by the best science, rather than what they would have us believe is an anti-science ideology. So, once again, here near the start of the 21st century, we ask ourselves: “Is it best to be governed by science?”

The first, most stark and pause-worthy implication is that to be ruled by the best science is to give up our free will, to allow findings to take the place of what we would otherwise choose, or even think. The finest example of this fiat-of-science theory comes in the realm of anthropogenic global warming, a theme much touted across yesterday’s picket signs ( and perhaps what all the broo-ha-ha was all about in the first place). The truth is that there are many reasons to dissent from prevailing scientific conjecture on AGW, from the proofs of unnatural warming to the potentially draconian “solutions.” All sides of this issue are supported by some science but the crowd clogging the thoroughfares of academia in protest would have us governed by their science, inferring a very human component, a selectivity absent in the scientific method. Would we dissenters really be submitting to science or submitting to its interpreters? What if it were possible that the interpreters of science were susceptible also to the common human foibles of hubris, subjectivity, pre-conceived frameworks, group-think and greed?

The protest in support of science, and clearly against Donal Trump, would seem to imply science’s place as an alternative system of governance. But, if so, science isn’t science anymore, it’s government. Which is to say that science is, by definition, a method of testing assumptions and reaching limited conclusions. How is the validity, or credibility, of science itself impacted by close association with the forces that steer government? Is it possible that a “wall of separation” should exist between science and government, one that would tend to preserve science as the unbiased method that it should remain?

Think about the alternative with me for a moment. Suppose we decide that in today’s modern, far-from-Revolutionary-times world, Classical Liberalism should take a back seat, self-direction yielding to science, algorithms and greater efficiency. What are the natural limits of this new governmental prerogative?

You may not be traveling the most efficient way you could to work. You will now be forced to contribute to construction and maintenance of high-speed rails which will become your mandatory method of transport to and from the urban core. Your use of leisure time may not be all that it could and perhaps science tells us that a sort of continuing education system would be more profitable to all than your fishing is. Oh, and the state gets to pick the curricula. It doesn’t rule out fishing but your methods, your choice of approved waters, and your harvest rate all need to fit the dictates of science now. And free-enterprise just can’t pass muster when it comes to planning studies. Humans invent so many needless and ill-suited little start-ups that better science could obviate in pursuit of better distribution of resources, wealth and space.

The most efficient life seems to be one in which we are fed on pills with the proper nutrients, we perform the labor calculated as being most needed at the given time and we live in a stacks of pods that optimize conditions of our resting environment. The things that interest us or that we simply like or would choose don’t always contribute to efficiency. This was what I meant when I began with an assertion that the conflict implied by the March for Science cuts right to the heart of things, politically. Is there any minute part of your life that is naturally beyond the reach of science? What’s the end game?

We libertarians don’t reject science – far from it. We just think it’s important for individuals to, at the very least, retain the freedom to decide what to do with the findings of science. We tend to remember that the “voice of science” isn’t really the voice of science, it’s the voice of other humans, beholden to the foibles so persistent in all civilizations and at all times. 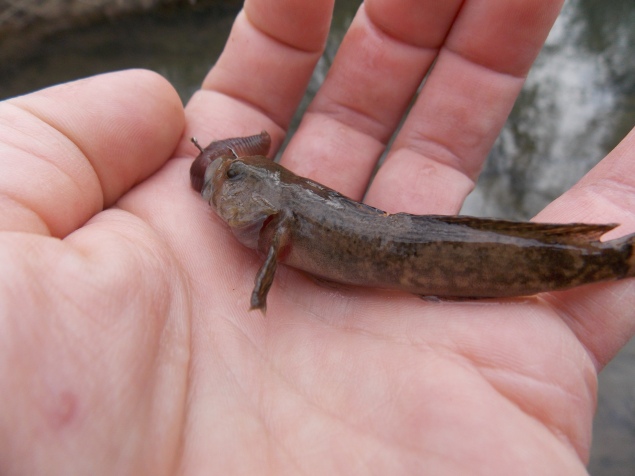 We think that a healthy scientific community is characterized more by disparate findings and debate, less by consensus.

Do we now, with Saint-Simon, trade free will for efficiency or do we maintain that self-direction trumps all, and perhaps make science great again in the process?