Just a quick post today on one of my favorite aspects of fishing: exploration of hard to reach waters. It may be the one subject I’m most qualified to write on and was a unifying theme of my book, The Dying Fish.

My piscator friend Nigel and I went a-trouting (sorry, but when afield with Nigel, the Izaak Walton lingo hangs in the air) this last weekend, exploring one of the hardest to access stream reaches in western Pennsylvania, as far as I know. When I first arrived in the state, a cursory look about convinced me that there was no such thing as remote water here; everything seemed near a road and provisioned with state-bred trout. This led fisher – folk to what I derisively came to describe as, “socialist fishing.” And you have to admit, it’s pretty bad when you even rely on government for your recreation and fresh trout. But I digress – not the time for treatises on anything but angling.

In fact, there are remote ravines with seldom-seen rushing rivers tracing their lowest contours right here within an hour and a half of Pittsburgh, as evidenced by Sunday’s activities. We walked through the underbrush for an hour after leaving the car and slid steeply downhill to the edge of a small river, having crossed hardly a broken twig to show that humans had been this way. Diverse fungi had been enlivened by recent July rains as had the river itself. The river was pristine, to all appearances, and on a fair-weather summer weekend day in populous southwestern Pennsylvania, we had miles of water to ourselves. It took nearly half an hour to figure them out but wild rainbows abounded and we laughed out loud to see the water explode below exaggerated foam-bodied dries. We laughed out loud to be here alone on our own private parcel, it seemed, a light year from Pittsburgh if seclusion could be measured in light years, a stone’s throw if measured as the crow flies.

And where was this gem, this four miles of untouched wild trout and wild water? Well, you already know I’m not offering an answer today. Get out and find your own – you’ll be glad you did. 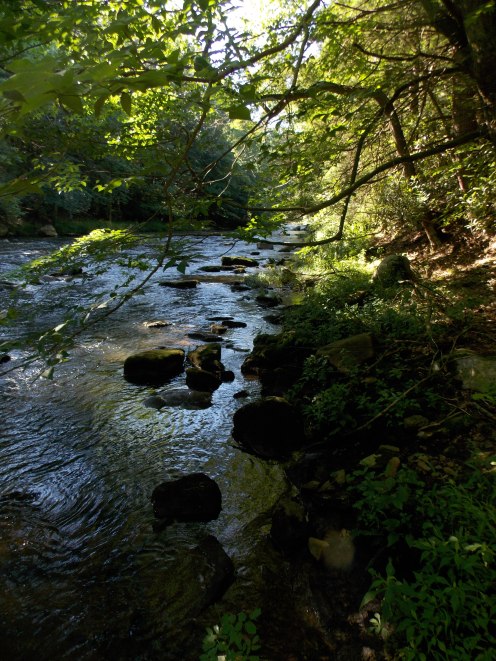 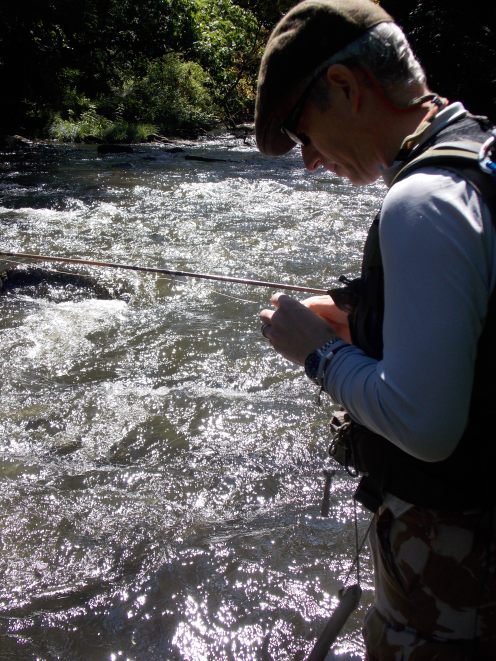 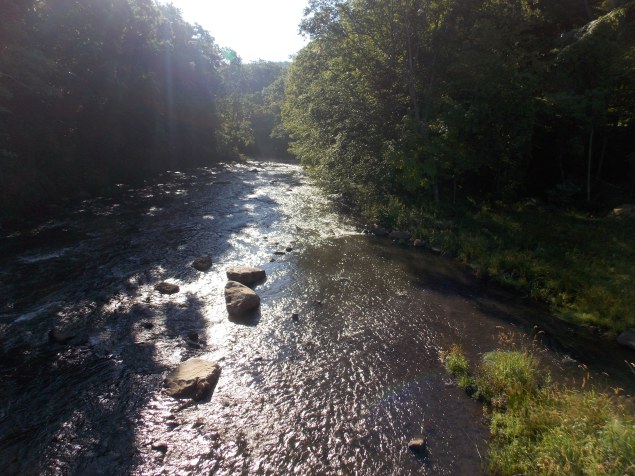 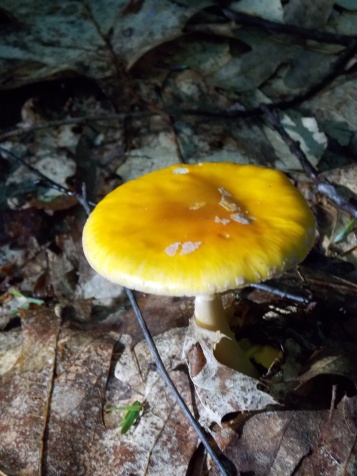 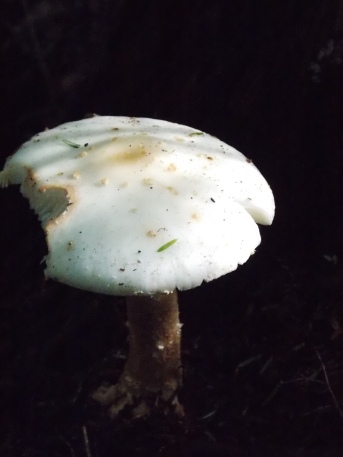 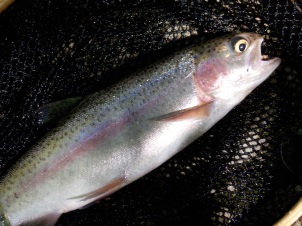 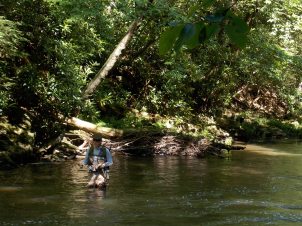 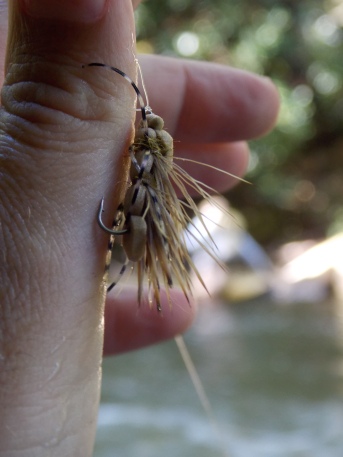 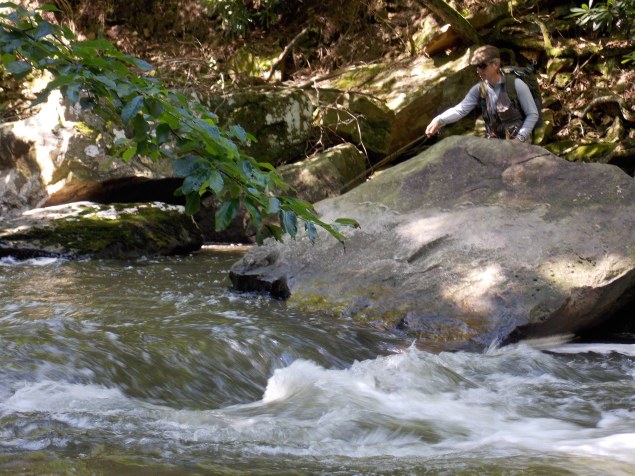 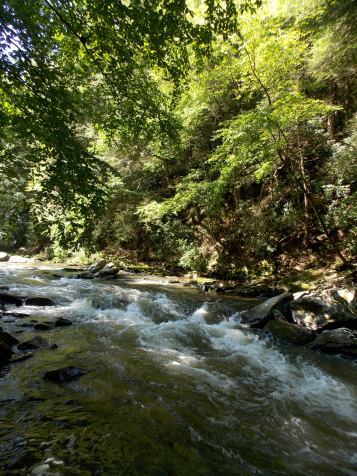 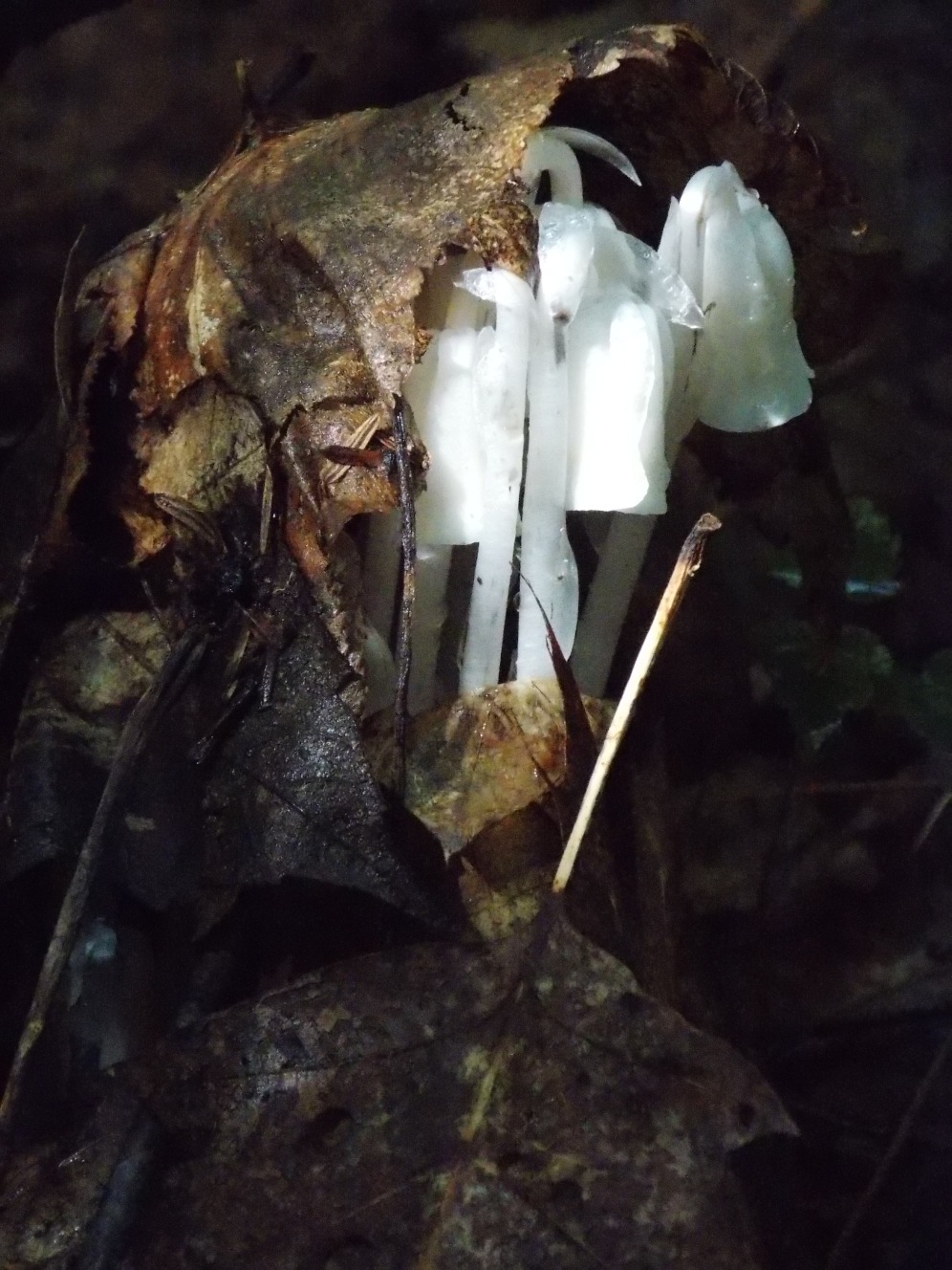 2 thoughts on “Give me the Remote”