Nessmuk, among the best known writers of the era preceding establishment of New York’s Adirondack Park, chronicled thousands of miles paddled in light-weight canoes across the waterways of that region. His writing, while not verbose or particularly elevated, conveys much about the reality of that region, at that time. Though much of it may have been commonplace in his time, the record he created is among the more accurate pictures we probably have today of that wilderness, pre-1890. He talks of lean-to hunter’s encampments, grand lodges of the barons of that era and of the wild woods and waters, already heavily exploited in the easiest to reach places by 1880. 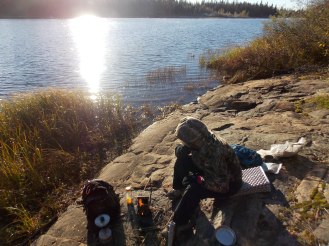 Paddling the lakes of the region, he often takes time to bemoan the construction of dams which must be portaged around and which have changed the original character of the lakes. These dams had been built by the state of New York to provide adequate and reliable flow to the Erie Canal, the Black River and the Hudson (New York City’s water supply). In fact, a reliable supply of clean water was the main impetus for establishment of what would become the 6 mil. acre Adirondack Park. But Nessmuk’s not talking much about the fact that the dams block the migrations of fishes or that they change the flow rate downstream. He’s talking about the unsightly blight they’ve created by flooding standing timber. To Nessmuk, such lakes had lost their original beauty forever.

And it leads to a conversation I’ve had with at least a few people over the years and that I’ve given a good bit of thought to myself. What is the goal of our conservation? Is the best goal to conserve for the aesthetics we like or for the ecology, the workings of natural systems? Are the two actually one and the same? Do we have a common human perspective on natural beauty? 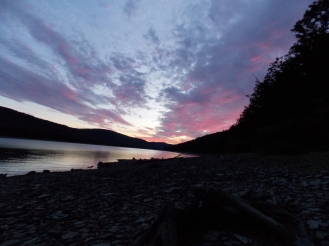 I think that aesthetics drive most environmental concern today. It’s what pulls otherwise disinterested urban folks toward caring about lonely mountainous places, the same way the paintings of the Hudson River School, for instance, drew the eyes and hearts of early 19th century east coast urbanites.

But this concern, while admirable, leads quickly to problems: we don’t all share the same aesthetic values. We might quickly say that the aesthetic value we all share is one of untrammeled nature but how beautiful is a formerly forested tract burnt to the ground by lightning-sparked wildfire? How beautiful is a river during a spring flood? How aesthetically pleasing is the meal of a polar bear when he finds a careless whitecoat? For that matter, how aesthetically pleasing is the death of any animal in the wild? (And for anyone bemoaning the slaughter of animals through hunting, you might want to learn more about how animals normally die when left to natural causes.)

Our open, flowery parks are a blemish and disgrace to the natural world. Many of the lofty trees we admire were put there by people, utterly unnatural in the habitats they now occupy. Same goes for sandy and palm-tree lined Florida beaches – nothing natural about these places. Classically, open, cultivated gardens were the template of earthly perfection. 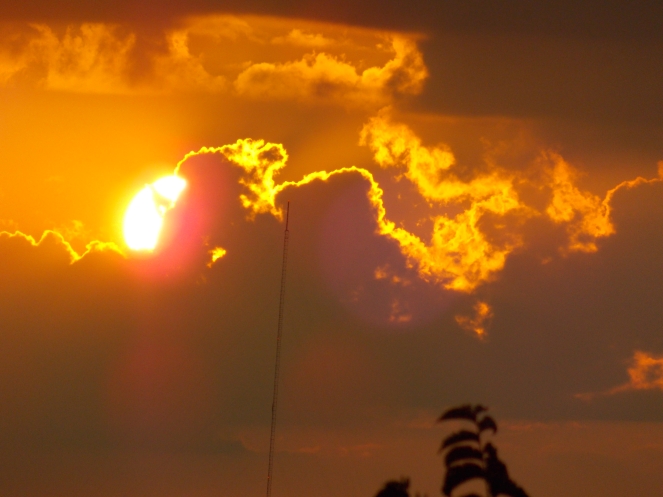 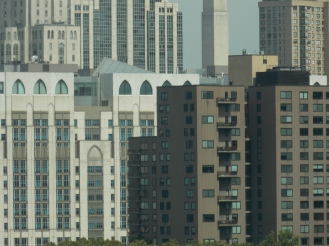 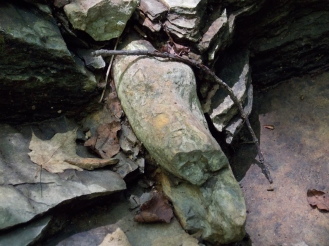 Conversely, we don’t want landfills but landfills will just incorporate our waste back into the earth and perhaps offer a supply of burnable waste or capturable methane. We don’t want wind turbines in our own backyards but they can produce electricity (I have my own problems with wind generation – just not the case I’m making at the moment). We too often want even our neighbor’s lawns to be neat and dandelion-free. Is that good for the earth? Do our aesthetic tastes come first, followed by our sophisticated environmental rationalizations?

Is there anything inherently wrong with finding beauty in a city? Many people do, in fact. If we can find beauty in a city and if our conception of beauty should drive our conservation ethos then is it logical to agitate for the spread of city-scapes across the fruited plain? Would that conflict with the goals of the portion of humanity who find beauty in nature? Should government become involved in the promotion of anyone’s conception of beauty? Who’s?

Back to Nessmuk – he might have seen the lakes as providing more surface area for the burgeoning mass of seasonal boaters arriving in the Adirondacks. He might have realized the value of flooded wood for the nutrient enrichment of the lakes. He might have thought of quality nesting and hunting sites for ospreys and eagles. But he didn’t – he saw a blemish because that’s what he felt first. His special places were less beautiful, in his opinion.

Aesthetics have to do with how we see things, what makes us feel good, not what’s good for the earth. Sometimes they overlap but not always. Aesthetics often create undue opportunities for activist groups to sway us toward their positions, with rhetoric concerning that which we find most beautiful and its potential loss. Maybe it’s a loss for the earth and maybe it’s not. Loss is central to evolution and ecology – let’s not be too short-sighted to remember this. How can we be open to the change that’s so elemental to our biome, if we’re hung up on preserving momentary beauty?

It’s just a good idea to be clear about our goals before we launch into environmental advocacy. 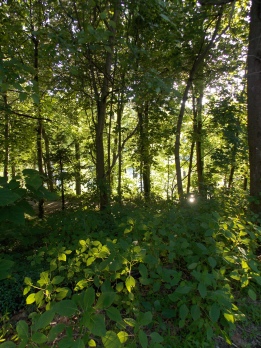 Beyond this, on a personal note, there’s a truly useful reason to move beyond aesthetics in our outdoor pursuits. I do my best to set aside aesthetic considerations when I decide where to spend time outside. Most people do the opposite. It has resulted, for me, in seeing strange and wonderful places most will never see, encountering reticent animals and finding more fish in places others don’t want to go. For those who find it difficult to get away from the crowd while outside, re-consider your conception of beauty first.