As I write, Pennsylvania’s Fish and Boat Commission rushes to dispense over 4.4 million trout into the waters of the state. Many of us have seen the ads run on social media and elsewhere touting additional trophy-class trout this year that are to be included in the mix. The busy trucks and net men portend a high-yield spring for young and old alike!

Nothing is more traditional. The young ‘uns will return to places pappa and grandpapa caught their trout back when the trucks dumped them in back in the 70’s. Trout stocking’s been going on here for a lot longer than that though, for about 100 years longer, in fact. Trout have been reared here or transported here for stocking since old Seth Green and others set up their first tiny hatcheries and since the McCloud strain rainbow trout made the long train trek east, following completion of the first trans-continental line.

For a hundred and fifty years, Pennsylvanians have been enamored of these cultured fish products, gossiping about sightings of the stocking trucks and whining about stocking numbers that are a bit low for their liking this year. If it were 1870, I too would probably favor stocking. The vast swath of Penn’s Woods had been almost uniformly cut to the ground, fires had ravaged much of that denuded acreage and the streams had been already depopulated, defoliated and polluted. There seemed to be a strong need for new fishes to fill the gap where the aboriginals once had swum (One good source to read a lot more on all this fish history is Anders Halverson’s “An Entirely Synthetic Fish” – 2011). As I said, if it were 1870, and I were a man of the 1870’s, I’d probably want to help with the emerging fish culture efforts, if only to help tote a bucket of stockies down to the water’s edge. But I’m not and it’s not 1870 anymore.

Change is in the air and here in Pennsylvania, as elsewhere, many have seen the opportunity for something better than the old fish culture model.

Hatchery trout have obvious upsides such as the fact that they can be collected with relative ease from predictable pools, especially by the very young and very old. In recent decades some downsides have also come to light, including these basic observations: 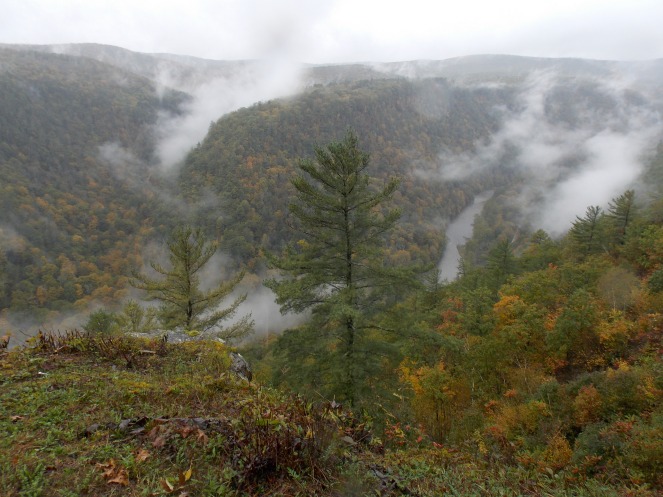 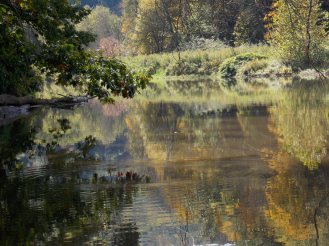 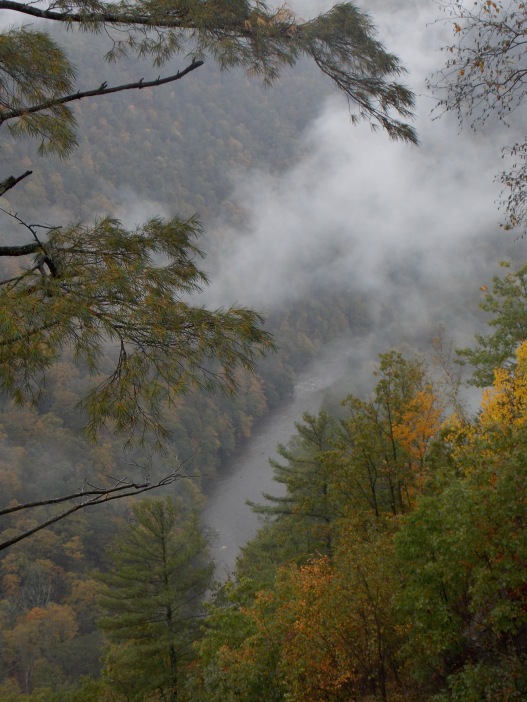 In saying that many of us see potential for something better, I primarily mean that Pennsylvania’s aquatic habitat has rebounded incredibly. Native fishes now have places that they could or do reproduce  naturally, needing no aid from hatchery technicians. Streams are cooler, thanks to the recovery of riparian cover. Pollutants that once precluded all but the most resilient species of macro-invertebrates have attenuated in many waters, whether naturally or by mitigative efforts. We notice rising populations of native fishes in Pennsylvania waters that were once extirpated or close to it. Included here are skipjack herring, flathead catfish, some of the redhorses and the black bass of the Allegheny and Monongahela Rivers. These fish populations follow the large-scale trends of environmental recovery. And unlike hatchery fish, the natives are thinking for themselves – vital and vibrant; worthy foes on the end of the line.

Still, the state seems determined to continue old practices, renovating the aging hatchery facilities and getting ready for another big March of stocking. Maybe it’s about fishing license revenue, most of which is returned to the hatchery system. Maybe it’s about self-importance. And it’s not all about choices the Fish and Boat Commission makes; there’s still a lot of demand out there for the way it’s always been done. 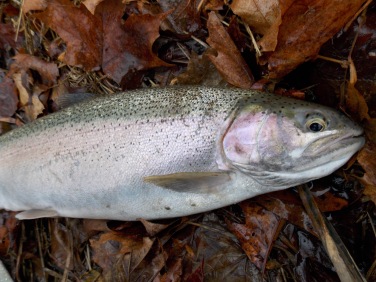 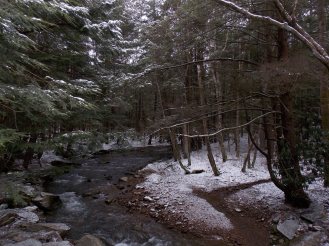 I’ve visited a lot of hatcheries over the years, both research and production facilities, and I certainly have nothing against the men and women who populate these places. I could have easily ended up among them. To the uninitiated, a hatchery’s most spacious feature is normally the rows of “raceways,” long rectangular pools that hold water and trout (of course, other fish too but I’m primarily talking about trout here and now, which make up the bulk of what most state hatchery systems produce). There are also carts full of stacked circulation trays for developing eggs and often smaller circular pools for sub-adult fish. Everything about these limited environments is easily controlled and manipulated from dissolved oxygen to temperature to light. Heavy-duty mesh canopies offer protection from marauding blue herons and other birds of prey. Pathogens are kept at bay using batteries of chemical treatments, re-assessed as new pathogenic threats emerge. I spent part of an afternoon a few years back enjoying a conversation with the scientists of the Rome, NY hatchery’s fish pathology unit on all this.

Still, after all the constancy, monitoring, mitigative efforts, and constant watchfulness of state personnel, it’s notable that hatcheries are still where fish diseases become epidemics. And a hatchery is the most predictable and easily manipulated environment in which to raise trout but I can’t imagine it makes for very interesting lives for any of the scaly inmates. 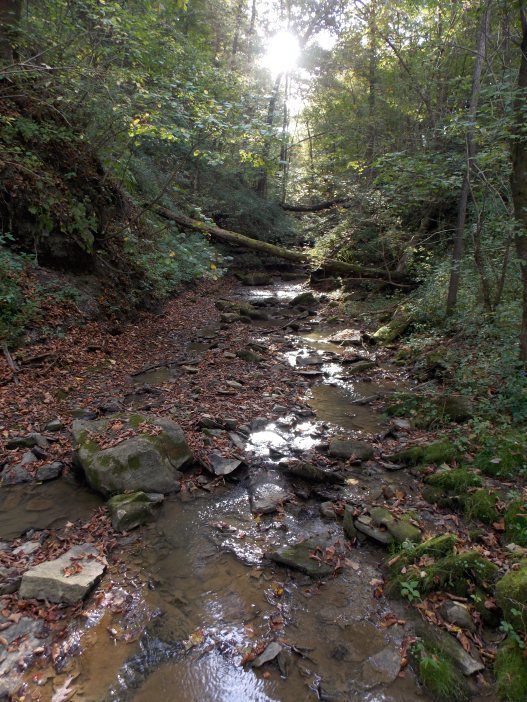 Moving suddenly to a more pressing topic, the COVID-19 coronavirus has captured our attention over the last couple of weeks like nothing else, perhaps even eclipsing the onset of trout fishing season in many of our imaginations. No-one’s allowed to help “bucket brigade” trout down to the water’s edge this year for fear of sharing air. Our state and federal governments have been busily protecting us from the pandemic, in the best ways they know how, instituting international travel bans, domestic travel bans, business closures and making testing more available to the masses by repealing laws which had helped to keep tests difficult to manufacture and distribute. Additionally, there’s some promise of money coming to compensate for our hardship. They’ve made the hard decisions of life for us and the state will see to it that we are protected from disease, fed this spring and confined to limited spaces if at all possible.

Back to fish, for a moment:

It’s unfortunate that to some Pennsylvanians, when they think of a fish, they think first of a hatchery trout. Our wild fish are superior creatures and there’s good reason for it. Wild fish most likely hatch in the irregular and shifting gravel of a cold stream bed. They’re pursued by predators from their earliest days. They’re buffeted by flooding and extreme shifts in temperature. They have to migrate to mature. And they have to compete viciously for scarce and motile forage.

There is a value to wildness itself and that value is resilience – the ability to survive which comes from learning in situ and fighting for one’s life until one has mastered the skills of survival. Some of us humans make this a part of our routines, running in harsh conditions, hiking through trail-less thickets and sleeping in the snow. This is paramount to survival – remaining at ease (and able to think clearly) in conditions that overwhelm others with apprehension, discomfort and exhaustion. 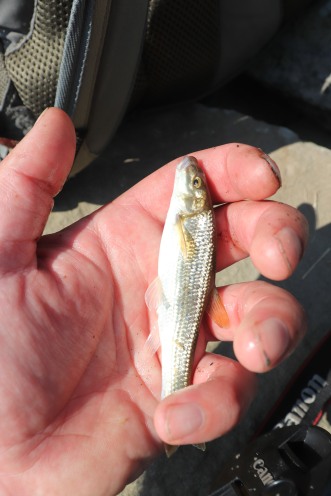 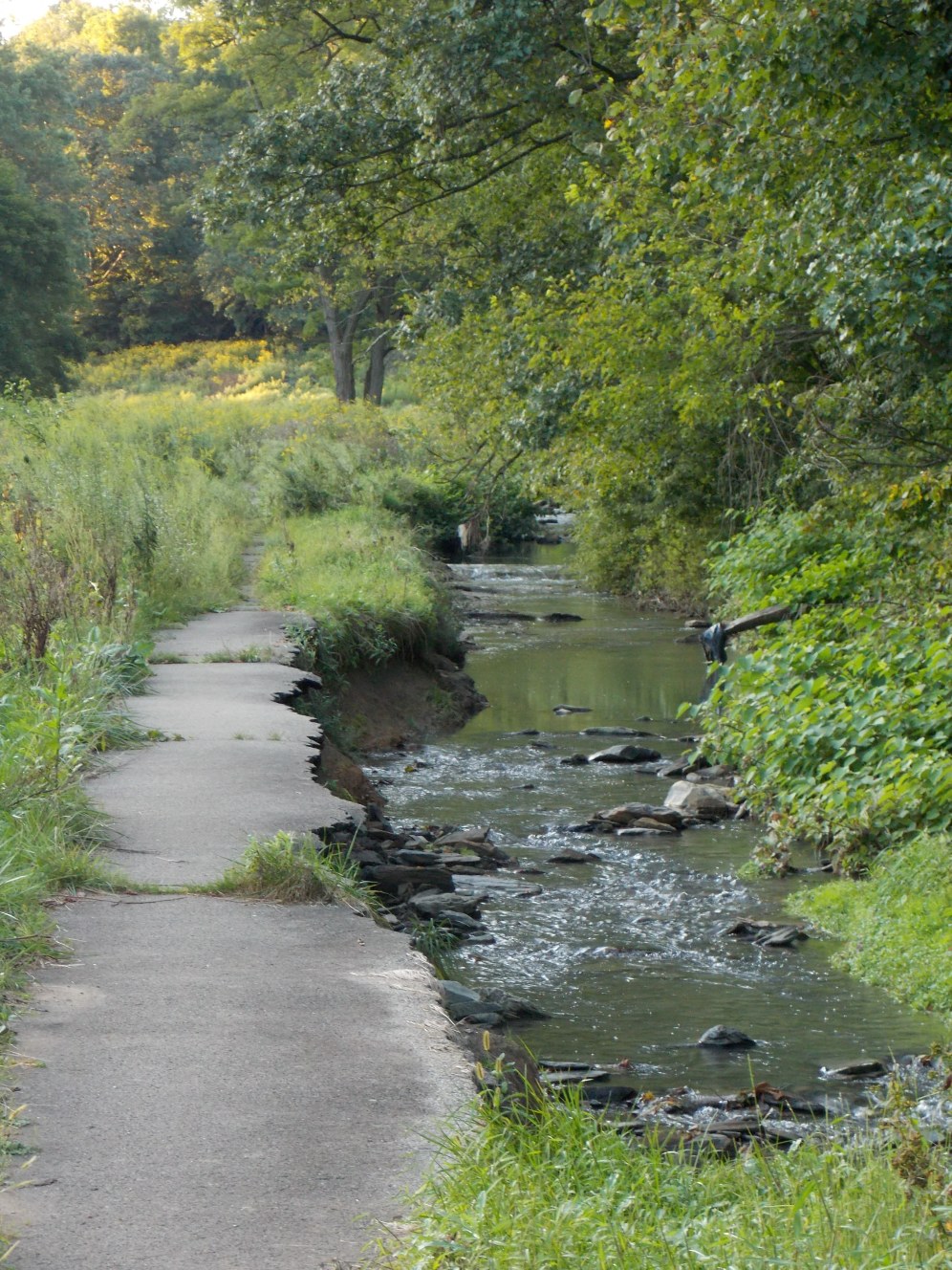 Nowadays, our children are born in hospitals that meet every regulatory metric imposed by the state. They soon find themselves in state-run schools where things have not-pointy edges and playgrounds are underlain with shredded rubber. The ideas that the state thinks most likely to bring about a kinder, gentler world are impressed on malleable minds. They’re vaccinated against everything and kept away from allergens. They’re punished for fighting. And they learn early to bow the knee to directives of the state.

In college, they’re told to report all aggressions, even expanding the definition of aggressions to include disagreeable speech.

Our adult lives are more and more carefully regulated by the state in our commerce, our recreation and our homes. Our cars include dozens of safety features we don’t want, our gas cans don’t pour and the state-approved dishwashers don’t really get the dishes clean.

And then one day an epidemic breaks out (one of the most natural, normal occurrences on earth) and the state gives orders contravening our entitlement to liberty and even our abilities to keep up our livelihoods – to be partially replaced with government checks written on the putative largesse of a bankrupt federal reserve. And we find that we’re very comfortable taking orders.

The safest, most comfortable place for a fish is a concrete raceway where all its needs will be seen to by vigilant surveillance and feed pellets will be dispensed from time to time. But this doesn’t make any of the cultured fish ready for the coming clash with wildness and it certainly doesn’t make them disease-free.

“In wildness is the preservation of the world.”

For elaboration on this train of thought along with the story of a very long walk in the woods, feel free to check out my book, if you haven’t already: The Dying Fish (A Sojourn to the Source) Here:

My book on Amazon 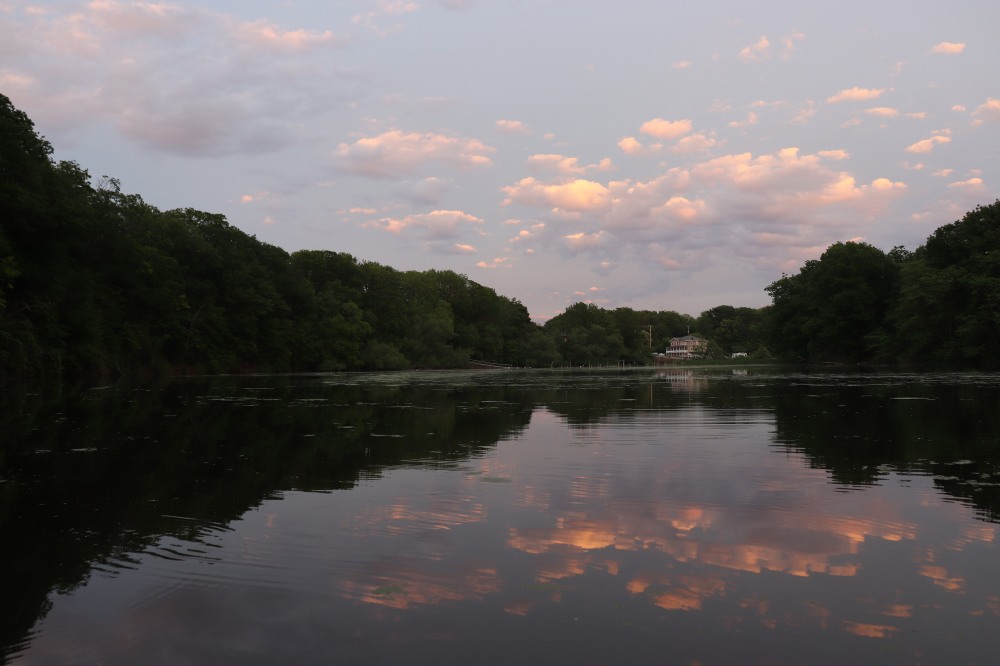 The third video of the fourth hike of the Eastern Brook Trout Solo Adventure: (1 & 2 can be viewed on previous posts or on YouTube.)