Life was good in Woods Dale. Springs fed the forested Appalachian valley, emanating from limestone aquifers that lay just a meter or two below the ample duff. Rain visited frequently as well, leaving sodden wood and leaves in its wake, drops falling with metronomic precision from living leaf tips to last year’s withering leaf blanket. This was a well-watered place, as is almost all of Appalachia, almost all the time. And perhaps that, more than anything, explained why Woods Dale was such a prosperous place.

Commerce was vigorous between the gnarled rhododendron trunks and under the maple/beech canopy. In the brook that splashed along the valley’s lowest contours,  late May evenings would find the caddis worms abandoning the rocky cylinders that had encapsulated them for many months, riding captured air bubbles in a rush toward the surface film. Here, the violent struggle to break with the aqueous realm often became more violent when the hapless insect’s trajectory would pass through the vision cone of an attentive brook trout. The kinglet watching from the rhododendrons would see only a sudden boiling swirl.

The white-tailed deer could be found nearby on these same evenings, rooting for forgotten acorns that had over-wintered under the snow and were now soft and often sprouting. Fawns stayed close to watchful mothers, seeming to realize that they themselves were the favored browse of coyote and bear. Later, the herd would follow along single-file up a well-worn trail to sleeping pads among tall ostrich ferns. 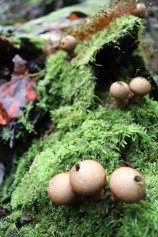 Newts could be found in the vernal ponds of the floodplain once the stream had rolled downhill a bit and had begun to meander. They liked the north edge where the muck was blackest and shafts of sunlight hit through the afternoon, warming them enough to seek out mosquito larvae or fairy shrimp. Mostly they just basked and watched the green, looming vaulted tree ceiling above.

Life was idyllic in the valley but not easy. Since time immemorial, the creatures had ridden the troughs and crests of the interwoven cycles that characterized their organic world. Daily, the fluctuations between nighttime low temperatures and afternoon high temperatures shaped life cycles of all from midges to black bear. The far longer seasonal cycles were long ago wedded to the survival instincts of all. The beaver would build ponds and stash reeds in lodges while other mammals simply rushed to put on weight, anticipating a harsh adaptation to sparse winter food sources. The populations of the various inhabitants of the valley were never really stable and at times a species would disappear from the valley entirely due to disease or an increase in predators. But it would find its way back, given time. Those animals survived that migrated, fought and adapted.

Beech nuts seemed to feed the bulk of the valley’s animals, from inconspicuous weevils to, again, the bears and the occasional wandering elk. One year a certain wren patrolling trunks noticed an odd metallic beetle crawling up and down the smooth beech trunks, feasting on the leaves and boring through the bark. The next year, a red sort of lichen or moss could be seen overtaking the monotonous gray pillars of the forest and the next year the nuts failed. Only a few of the youngest trees produced nuts at all and those few were small and dry.  An unprecedented tree blight had arrived and the valley would never be the same. 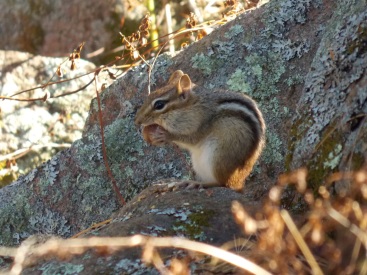 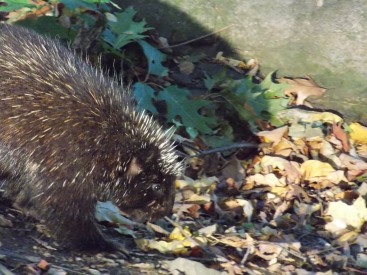 A council was soon formed among the animals to mitigate disaster as fear had spread through the population (the chickadees had spread this on twitter) – nothing like this had been seen before. Surely it was time to enact a plan for rescue of the beloved home valley. It was clear that nature could not be trusted now and if things just followed the current trend, they would all be lost. The standard council was soon convened consisting of two wise old giant water bugs, two aged blue crayfish coaxed out from muddy tunnels, two bright and muscular leopard slugs, a pair of blue spotted salamanders to represent the amphibian clade, a pair of ancient box tortoises, a pair of noisy wrens, a much more quiet pair of vivid brook trout (they met at the water’s edge)  and the wise old bear who’s bulk alone out-massed all the rest.

After great deliberation, prolonged testimony of expert witnesses from all corners of the valley and the drawing of what the old box turtle called models and distribution curves in the muck, it was decided that a few non-essential animals would not do their work this year, nor share in the precious few remaining nuts. The giant water bugs thought this was also a good time to ban the bear from the swamp and the salamanders wanted giant water bugs prohibited from the northeast corner of the swamp every mid-March to mid-April but none of this or a hundred other tangential concerns could be resolved and so finally, just a few select, non-essential organisms were put on vacation. 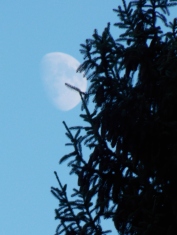 It was obvious, for starters, that the weevils contributed nothing worthwhile to the forest society and so they could easily sit the year out. No one wanted to keep running into their little grubs inside of tasty-looking nuts anyway. The jumping mice had always secretly been disdained anyway by other rodentia (Why do they think they need to fly anyway?!) and whatever small contribution they might make was certainly not needed. The blue jays were more or less robbers and weren’t even a loyal part of the community, dodging from watershed to watershed as frequently as the weather changed. They would not be missed. Once the committee had ruled, all were bound by the august and noble communal decision.

Life changed immediately for those ruled against. The weevils retreated into old burrows in walnuts or hickory nuts from past years and found other ways to pass the time. The jumping mice were elated to have free time as never before but soon became both bored and hungry. The blue jays just left.

The first thing the forest denizens noticed, aside from the disappearance of old friends, was the decline of the young beech trees,  a growing understory that had begun to rise even in the shade of the great beeches. It didn’t happen all at once but by the next spring it was undeniable. It was hard to find a healthy leaf. And what no creature could have seen was the nutrient flow from weevil  beech nut droppings to a certain mycelia that found nourishment in the digested beech nuts but passed much of that on through an association with the beech roots. And so the understory perished in time without the weevil work. 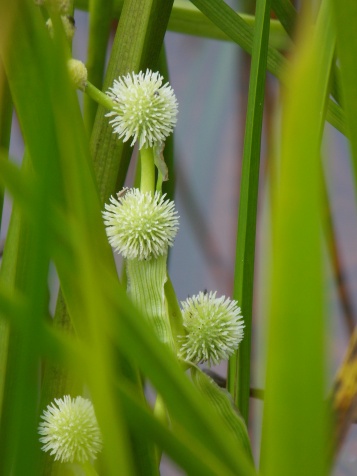 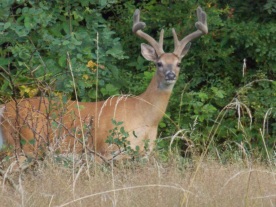 The greenbrier plant had always been present in the valley but had never dominated – the understory had never been crowded, tangled or painfully impenetrable. As far as any forest creatures knew, this was just naturally how their bucolic valley always had been and always would be. But no-one really understood that the jumping mice liked to pick apart the young greenbrier shoots, pulling these into long strands to line nests. Now the greenbriers went unchecked and grew into large spaces opened by the failing young beeches.

Choke cherry had always been plentiful in the valley, new young trees sprouting unexpectedly every spring in locations from the ridges to the river bank. But this slowed now and soon old trees dominated, in a few places and a food source was gravely diminished for the migratory cedar waxwings, voles and the giant millipedes who had enjoyed a fungus that would spring from the tiny rotting fruits. The blue jays had done more than anyone could have appreciated to see to it that seeds were dispersed. And they’d done so without even meaning to do this good, the planting occurring as a happy by-product of their need for sustenance. 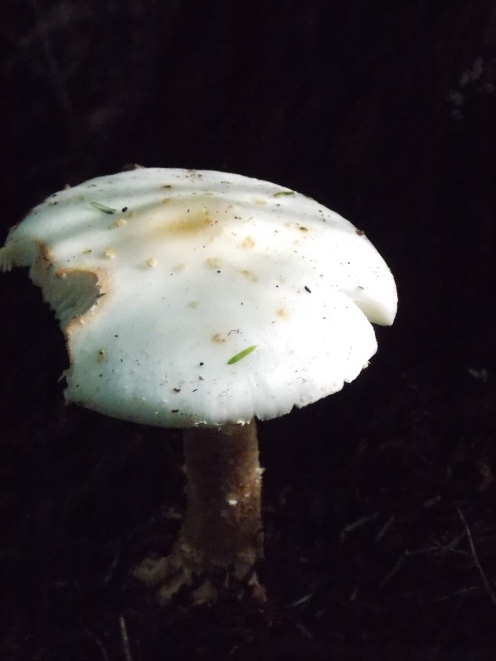 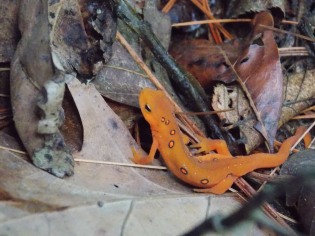 An invisible economy of nutrients had been disrupted when the natural order of things was set aside for the planned. Long-term losses were sustained to mitigate a short-term exigency. Sometimes that’s what happens when the planners believe they can distinguish the essential organisms from the non-essential, in the Woods Dale ecosystem and far beyond.

The NINTH and final video of the fourth hike of the Eastern Brook Trout Solo Adventure: